The Female Lawyers Association of The Gambia, FLAG, Friday organized a two-day training session for women community leaders as community paralegals, which was held at the Paradise Suites Hotel in Kotu.

The British Embassy in Banjul funded the training activity, which brought together 30 women community leaders from Banjul and the Kanifing Municipality.

Speaking at the training session, Binta Sidibeh, the Executive Director of Women’s Bureau, said community paralegals are important in the society, and the bureau was pleased that FLAG has come up with such an initiative.

According to Mrs Sidibeh, since she assumed office the bureau has been receiving many complaints from women, which warranted settinhg up a complaints committee. So the training exercise was vital and would help her office a lot, she added.

She called on FLAG to translate the working manuals into local languages, to help the women in transmitting the information to others who are not opportune to be part of the training activity.

Everyone selected should take the training course seriously, since they are representing women in their communities, she told the participants.

Access to justice continues to be a problem, and justice is fundamental in the rule of law, Mrs Sidibeh went on, adding that paralegals should be ready to negotiate and are expected to live and work within the communities they serve.

H.E Colin Crorkin, British Ambassador to The Gambia, said they have been working with FLAG, and they are grateful for the partnership.

He said access to justice is often taken for granted, and access to lawyers could be difficult, as well as the costs, but training women leaders as paralegals would really help people in the communities.

Neneh Cham, FLAG president, said the training course was entirely funded by the British Embassy through its bilateral fund, and the 30 participants are women community leaders, especially identified for the training session, with 15 from Banjul and 15 from the Kanifing Municipality.

She highlighted the modules to be covered during the training course, such as the role of a paralegal, law and society, human rights protection (including women’s human rights and children’s rights), family law, gender-based violence, the Alternative Dispute Resolution (ADR) mechanism, land rights, law and the administration of justice.

She said it was a fact that women face numerous problems in the society, their communities, and homes in particular.

It was also a fact that 100 per cent of all lawyers, including FLAG members live and practice in the Greater Banjul Area, and given the fact that many are faced with legal problems could not afford the services of lawyers.

Hence, the realization that as a short-term measure, they needed to build the capacity of women community leaders, to equip them with basic knowledge of the law and their rights, as well as the issues that affect them. 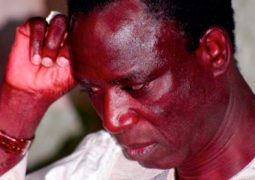