The Female Lawyers Association of The Gambia, FLAG, in collaboration with the US Embassy in , on Tuesday convened a seminar,  held at the American Corner along

Kairaba Avenue
, on ongoing trials for sexual offences before the International Criminal Tribunal for .

In her remarks to welcome participants, FLAG President Janet R Sallah-Njie, among others, outlined her association’s objectives, which include providing an open forum for discussion on all matters affecting women and children.

According to her, the theme chosen for the seminar dealt with matters that affect women globally. “Research and statistics have shown that women are sexually assaulted as a means of weakening, subjugating and demoralizing the opposing factions in situations of armed conflict,” she said.

According to her, the mandate of the Tribunal is to prosecute those most responsible for the atrocities in . “Our work is cut out for us by the provisions of the Statute of the Tribunal, which provides three main umbrellas of crimes for which persons may be prosecuted,” she added.

According to the international prosecutor, the UN Resolution 1820, passed by the Security Council on  19 June 2008, underscored the predicaments of women and children in situations of armed conflict.

“It recognized that women and girls are particularly targeted by the use of sexual violence, including as a tactic of war to humiliate, dominate, instill fear in, disperse and or forcibly relocate civilian members of a community or ethnic group”.

Prosecutor Wright is of the conviction that sexual violence includes, but not limited, to rape, sexual assault occasioning actual bodily or mental harm, forced marriage, and sexual slavery.

“This is the reality of almost all armed conflicts in modern history. Evidence before the ICTR, since its inception, narrates horrific stories of rape and sexual violence in Rwanda that shocked the conscience,” she further stated.

Ms Wright also noted that investigations of sexual offences in the context of widespread violence is challenging in and of itself, because the victims are usually very highly traumatized and may sometimes suffer from memory loss.

“Even when they can fully recall their ordeal, they may find it difficult to recall exactly who sexually assaulted them,” she said.

This, she went on, is especially so in the Rwandan situation, where Tutsi women were gang-raped by groups of interhamwe militia men, and they found it difficult to pinpoint the individuals who were responsible. 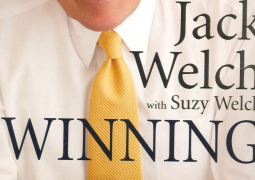