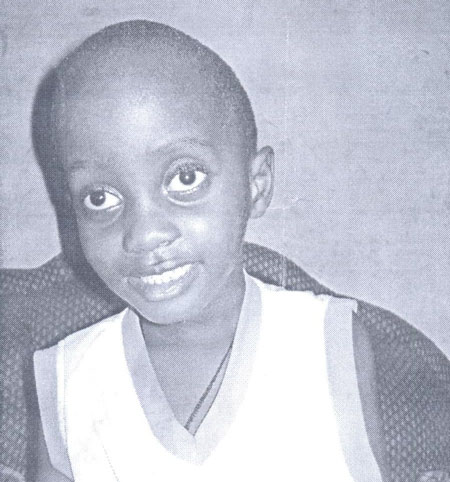 Amadou Jammeh, a five year old young boy residing in Tallinding suffering from regressional motor milestones and a brain tumor is seeking for urgent assistance to proceed to a pediatric Neuro-Surgical Unit overseas for medical intervention.

According to a medical report from the Royal Victoria Teaching Hospital signed by Dr Emminel Onyekwelu, a pediatrician, Amadou was presented to the child's clinic because of a regressional motor milestone.

The report dated 11th March 2009, revealed that "On cranial computer assisted tomographic evaluation, he was noted to have a large hypodense mass that extended from the pineal area to the left porto-cerebellar, angle and left cerebellar lobe that produced almost a total collapse of the fourth ventricle". The report also added that there is also moderate dilation of the third and lateral ventricle, which was consistent with a brain tumor.

According to his depressed parents, Karamo Jammeh and Fatou Korteh, they have spent almost all they have gathered these years to bail out their only son but to no avail. The couple is therefore kindly seeking for assistance from President Jammeh, Individuals, Philanthropist, NGO's and other International Organizations among others. These parents can be reached on (220) 6923772 or 9923772 or on email: karamofatima@yahoo.com.