In what could be described as an historic event in the schools calendar, the in Wuli West District of Upper River Region on concluded its first inter house in eight years.

According to officials, the school couldn't have an inter-house for one reason or the other for over eight good years.

Last Saturday's final was held at the village playing ground where Fodaneh Kunda were crowned champions.

Spectators came all the way from the neighbouring villages of Chamoi Bunda, Bantunding, Manakoto Keita and Manakoto Foday to witness the long awaited event.

The third and forth positions went to Numu Kunda and Touray with 108 and 90 points respectively.

Speaking to the Pointsports, the initiator of the event, Mr. Sambou Sanneh who also doubles as the sports master of the school, said he was grateful to God for making the event successful.

He thanked the school authorities, children and the community for the support throughout the inter-house.

When asked why he initiated the sporting event, Sanneh said, "well I was coordinating the same thing in all my previous schools and feel like when organised in this school as well it would make an impact. As you can see the turnout is very impressive and could also encourage parents to keep sending their children to school." 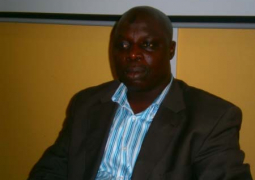