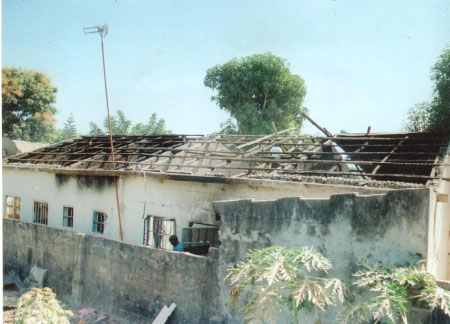 Abdul Conteh, a native of in Kombo North in the West Coast Region, is in dire need of support to rebuild his house destroyed in a recent inferno.

According to him, the incident also destroyed foodstuffs, clothes and other valuable materials such as a freezer, satellite dish, sewing machine, TV set, digital camera, and the school in the region.

Garba Jahumpa Road
, the victim, Abdul Conteh, said he lost all his belongings to the fire.

He appealed to the government, philanthropists, NGOs, and general public to come his aid in rebuilding his house.

According to Conteh, at the moment his family is temporarily residing in a neighbouring compound.