Final Matches in League One to Take Place This Weekend

The final matches of the first round of The Gambia Football Association Division one league will be completed this weekend.

The four matches that are yet to be played as stated in the fixtures of the first round affect Hawks FC who have two matches to play against GPA and Sea View.

Samger, Wallidan, Bakau United and Armed Forces each have a game in hand.

The Hawks versus GPA encounter will take place on Thursday at the Serekunda East Mini-Stadium.

Bakau United will meet Armed Forces on Friday at West.

Another interesting match will be that of Samger and Wallidan on Saturday at Serrekunda East.

The final game in the fixtures will be played on Sunday between Sea View and Hawks at Serrekunda West. 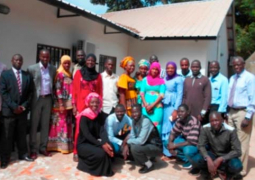