The Dembadou boys thumped the 2014 super champions Serrekunda East 2-0 in the semifinal game played at the Serrekunda West Mini Stadium on Tuesday to advance to the country’s community biggest football fray final.

Former Bakau United centre-back Musa Yaffa and substitute Dawda Sissoho were on target for the Sukutarians in the 50th and 84th minutes of the game.

The West Side beat Bakau 1-0 the in-all Kanifing Municipality derby semifinal game played at the Serrekunda East Mini Stadium on Wednesday to sail to the final.

Edrissa Jatta scored the only goal for Serrekunda West in the stoppage time to earn them a place in the super nawettan final against Sukuta tomorrow.

It would be recalled that FIBank Gambia Limited on Tuesday presented jerseys to the 2015 Super Nawettan semifinalists Serrekunda East, Serrekunda West, Sukuta and Bakau. 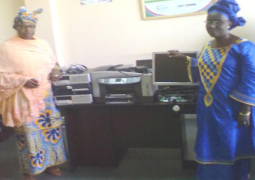