Gambian-born Fatou Bom Bensouda has been awarded the 2011 World Peace through Law Award by the Whitney R. Harris World Law Institute in .

The award, which comes barely eight months after she was ranked as the 4th most influential African personality by Jeune Afrique, a French weekly magazine, is bestowed upon an individual who, by his or her work and writings, has considerably advanced the rule of law and, thereby, contributed to world peace.

Established in 2006, the Award recognizes individuals who have achieved great distinction in the field of international law and international relations.

“This year’s laureate, International Criminal Court Deputy Prosecutor Fatou Bensouda, has dedicated her career to the pursuit of justice and the rule of law. This Award acknowledges her extraordinary work in the field of international criminal justice and her many achievements as an ardent champion of human rights,” a report by the award committee said.

The report added that in her role as the Deputy Prosecutor for the International Criminal Court, and before that as a Senior Legal Advisor at the International Criminal Tribunal for , Bensouda “has brought commitment and professionalism to the task of ending impunity for the perpetrators of atrocities and crimes, and bringing justice to millions of victims worldwide”.

In addition, she holds a master’s degree in International Maritime Law and the Law of the Sea, which makes her the first international maritime law expert of The Gambia.

Bensouda was elected Deputy Prosecutor of the International Criminal Court by the Assembly of States Parties in 2004 and since then has headed and overseen the Prosecution Division of  the Office of the Prosecutor.

Prior to her election, Bensouda served as Senior Legal Advisor and Head of the Legal Advisory Unit at the International Criminal Tribunal for .

In 2009, she received the International Jurists Award for her contributions to national and international criminal law. Before joining the ICTR, she was the General Manager of a leading commercial bank in the country. Between 1987 and 2000, she was successively Senior State Counsel, Principal State Counsel, Deputy Director of Public Prosecutions, Solicitor General and Legal Secretary of the Republic of The Gambia, then Attorney General and Minister of Justice, in which capacity she served as Chief Legal Advisor to the President and Cabinet.

She has been a delegate at United Nations’ conferences on crime prevention, the Organization of African Unity’s Ministerial Meetings on Human Rights, and the delegate of the to the meetings of the Preparatory Commission for the International Criminal Court. 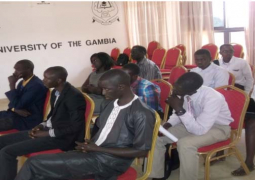 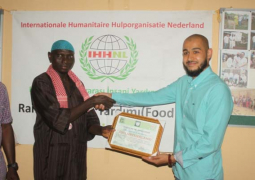