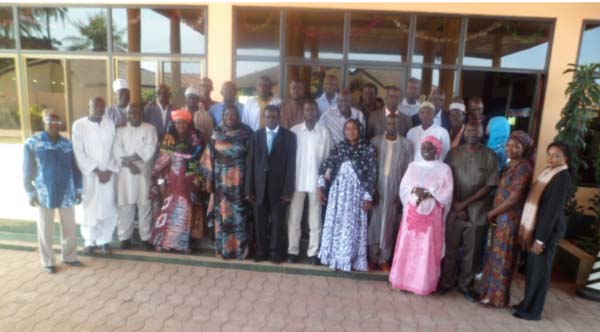 The Food and Agriculture Organization (FAO) recently ended a two-day inception workshop on the technical assistant component of the Global Agriculture and Food Security Programme (GAFSP) at a ceremony held at the SunSwing Hotel.

The forum, which brought together stakeholders from various sectors, was aimed at providing an opportunity for all stakeholders to familiarize themselves with the project and provide inputs into the relevant outcome.

The workshop was held to solicit stakeholders’ view and inputs in the project work plan, budget, target indicators and the logical framework based on areas of specialization for the technical assistant work plan and the investment plan for FASDEP.

In her speech on behalf of the FAO country representative Perpetua Katepa-Kalala, assistant Mariatou Njie-Faal expressed FAO’s satisfaction with the Government of The Gambia for its firm commitment to agriculture and the priority it gives to matters regarding agricultural development in the country.

She said the level of investment of most developing countries in their own agricultural sectors is considered inadequate but was pleased The Gambia has increased her budgetary allocation to the sector this year.

According to her, the investment plan provided the framework for the GAFSP, which is the central pillar of The Gambia Government programme to guide the growth and development of the agriculture and natural resources sector.

She further noted that the GAFSP for The Gambia is poverty reduction focused and targets priority country food security needs.

According to her, it is in line with the current government economic development policy and the PRSP II 2007-2011, which gives priority to increasing agricultural productivity and improving food and nutrition security through increased investment in agricultural infrastructure, inputs and the delivery of efficient agricultural extension services.

She disclosed that in May 2012, The Gambia was informed by the GAFSP steering committee that the country was awarded funding totaling to USD28 million with two supervising entities, AFDB and FAO, confirmed.

“On the side of FAO, a Unilateral Trust Fund (UTF) project which comprises the technical assistant component of the FASDEP over a five-year period was formulated,” she said.

The TA component totaling USD1.4 million or 5 per cent of the total grant covers critical technical assistance and capacity development support identified in the GAFSP proposal.

It complements and is in full synergy with the project investment component of the Food and Agriculture Sector Development Project (FASDEP) managed by the African Development Bank.

The two seek to reduce the rural household poverty food insecurity and malnutrition through increased agricultural production and productivity through commercialization.

He also said the TA component of the GAFSP is to assist and supervise the work of FASDEP.

Mr Cole noted that bringing participants to the workshop to look at the programme, indicators and plans of the TA component of the GAFSP in assisting to carry out the work, was important.

He also stressed the need for capacity building in the sector for effective service delivery. 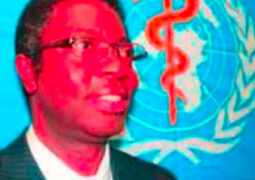 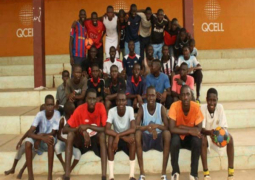