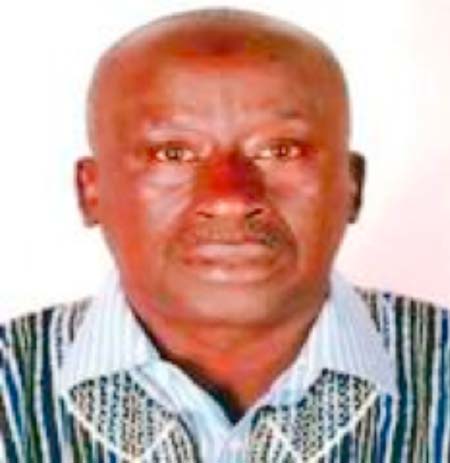 The Food and Agriculture Organization (FAO) head office in Rome through the FAO country office in The Gambia has awarded a medal to Kanimang Camara, national facilitator of the Forest and Farm Facility (FFF) in The Gambia.

Mr Camara was given the award at a reception held at the Kairaba Beach Hotel yesterday hosted by the FAO country office for FAO partners.

The reception, attended by cabinet ministers, representatives of civil society organisations, media chiefs and other journalists, was in recognition of the partnership between FAO and their partner institutions and individuals, as well as in commemoration of FAO’s 70 years of existence.

Speaking at the reception, the Environment Minister, Pa Ousman Jarju, expressed appreciation and thanked FAO for hosting the reception for their partners.

He also thanked the FAO for the partnership and collaboration not only in the last 12 months, but also for the last 70 years of the existence of the FAO.

According to Minister Jarju, the partnership had really improved livelihood across the globe and they are pleased with the partnership for the last couple of years, especially during the last 12 months.

He congratulated Kanimang Camara for the award, stating that it was a demonstration of his leadership and his voluntarism.

Camara had demonstrated his commitment and dedication during the last couple of years, including working with them particularly at the natural resources and agriculture sector where he brought farmers to the centre of the Agriculture Nature Resources (ANR).

Camara had also contributed through the support of FAO by ensuring that the community forests were given back to their owners, which was a big achievement for The Gambia and Africa as a whole.

“We had been called champion in Africa because of giving ownership to the people; to let them own the forest, which is a demonstration of the capacity of the people and also the trust that we have in them,” Minister Jarju said.

This would not have happened without the support of FAO and Kanimang Camara, the minister added.

He thanked the FAO for recognising Mr Camara, being a Gambian as well, through the award, as well as for bringing FAO partners together to reflect on their partnership during the last 12 months.

“We look forward to seeing a very fruitful collaboration come 2016 so that we can make more impact on the livelihood of the people that we are representing,” the minister concluded.

FAO country representative Perpetua Ketepa-Kalala said the purpose of the reception was to thank their partners for their collaboration with the FAO.

FAO this year celebrated its 70 years anniversary, and one of the things done at the global level is that the FAO looks is at individuals and institutions that they have been working with around the world.

It was also to identify some key institutions and individual partners who have made significant contributions in pertinent areas of FAO’s mandates and operations such agriculture, forestry, food security, food safety and fisheries.

Kanimang Camara was selected for the award because he had over the years endeavoured to promote community development and social empowerment.

Mr Camara had been involving and engaging communities in forestry activities and the sustainable management of the forest resources, the FAO official went on, adding that it was due to commitment and dedication that FAO in Rome awarded him “this very important award.”

OPINION: Why we must uphold Press Freedom