The trial of Landing Jadama and eleven others yesterday failed to proceed at the Banjul Magistrates’ Court before Principal Magistrate Emmanuel Nkea.

The court was expecting to hear a ruling, following a preliminary objection to the charge against his clients raised by defence counsel Kebba Sanyang.

The defence counsel’s objection follows the testimony of the first prosecution witness, Essa Camara, a principal planner at the Department of Physical Planning.

Counsel Sanyang pointed out that the accused persons were charged with giving false information to a public officer, contrary to section 114 of Criminal Procedure Code, and that they did not commit any offence as contained in the charge sheet.

When the case was called, defense counsel L.K Mboge representing all the accused persons alongside counsel E Jah, told the court the court that the case was set for ruling today, following the preliminary objection to the charge raised by his colleague.

The prosecuting officer, cadet ASP Manneh, confirmed that he represents the Inspector General of Police, and told the court that the prosecution intends to proceed. He added that the case was set for ruling today.

The trial Magistrate, however, told the court that the ruling was not ready due to other official engagements.

It was alleged that, in May 2010 in the city of , they presented a petition to the Office of the President through the Secretary General State House, stating that the demolition exercise for the erected building and fence at Old Yundum Coastal Layout by the Department of Physical Planning was illegal and forcefully done. 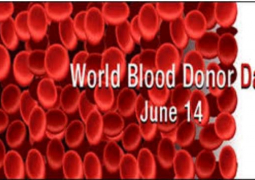