Faith and Sport Academy were on 3 March 2013 inaugurated in Gunjur, Kombo South District in the West Coast Region, as part of efforts at promoting and developing football in the country.

Speaking at the inauguration ceremony held at the Comium Park Field, the president of Faith and Sport Academy, Abdou Manjang, said the academy is initiated by Tijan Touray alias T.boy currently residing in the United Kingdom after he met with a couple in the UK  who wanted to support football in the village.

Manjang expressed Tijan’s willingness in supporting the academy whenever the need arises.

He said they also want to establish skills training centre if all goes well as planned.

According to Manjang, he took care of an academy from 2004 to 2008 that produced one of the finest players in the village during its operation.

Dembo Touray, head coach of Nyokoyorr FC, commended Tijan Touray (T.boy) for the initiative, saying it will go a long way in promoting and grooming young talents in Gunjur as well as producing good players for the town.

Ousman Sanneh, head coach of Oxford United FC, expressed delight at the initiative and he seized the opportunity to appeal to the players to take football seriously. 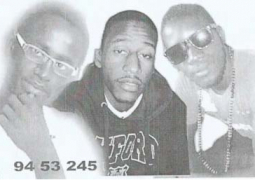