It is clear that The GFA Normalization Committee has increased the number of votes for all the 3 Administrative Regions (Banjul, Kanifing Municipality and West Coast Region).

However, they have reduced the votes of the remaining Regions (NBR, LRR, CRR and URR).

In view of these figures, it is obvious that the draft constitution does not give The Gambian football stakeholders equal opportunity to elect their leaders.

It is because of this obvious imbalance and contrary to our able H.E’s vision for the development of the youth and sport, particularly football, in The Gambia that the delegates proposed an amendment to the draft constitution to address this gross injustice by including the Regional League Clubs 1st, 2ndDivisions teams both (male and female) as it is the case in the urban area.

This amended constitution was adopted overwhelmingly by 85% of the delegates (53clubs voted in favor while 9 clubs voted against)).

Why only article 11.E is most contentious? The significant majority of the delegates have seen the point and accepted the truth despite being threatened. In our various national teams including the Darling Female Scorpions there are countless number of players who have been developed by their provincial clubs, the same clubs that were called ghost clubs.

We have suffered over the past nine months, when the Normalization Committee ordered us to stop our regional leagues after playing only 3 matches. Little did we know that this was meant to justify the point that our clubs are not in existence.

It is on GFA’s record that we have been competing in the FA Cup competition over the past years with clubs in the Greater Banjul Area and if we had won the FA Cup we would have been playing in the CAF cup winners Cup together with other African clubs.

If our dear Gambia is divided into 7 administrative regions why would some clubs in regions have a say in Gambian Football and others have a little or no voice at all?

We are now looking forward to working with all the genuine stakeholders, especially with our Ministry of Youth and Sports and FIFA, to provide every Gambian youth, regardless of his or her location, equal opportunity to play and represent our country in the international assignments based on merits.

We are convinced that the amended constitution, which is approved by the overwhelming majority of the Delegates, provides the platform for us to achieve this noble objective. 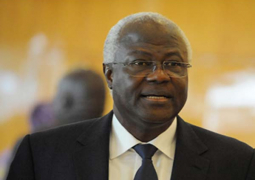