Excellent Judgement and a Good Decision

Well done to the former US Secretary of State Colin Powell who has come out in support of the Democratic candidate Barack Obama. The statement made by the former Bush ally shows a great political maturity and surely bodes well for Obama's cross-party appeal in the election set to take place on November 4th.

Former secretary Powell did not merely support Obama for the sake of it however. It is clear from his statement that he has the best interests of his nation at heart with regard to his endorsement. He has said that the Republican vice-presidential candidate Sarah Palin does not have the wherewithal to hold the office of President of the United States should the need arise. He has also said that the Republican candidate John McCain has been weak in his response to the economic crisis gripping the United States and the world at large.

There will be many who will critisise Powell for his forthright comments and some may even try to suggest that race is an influence in his statement. This is plainly nonsense. At one point Powell himself was considered to be a potential president in waiting but he has proved through his actions in the last number of years that he is more a man of principle then politics.

There is no denying the awful role he played in the run-up to the ill-fated invasion of Iraq but he has since proved himself to be a man of honour and stepped back from the administration which was engaged in the actions in question.

In making this statement Colin Powell has shown great political maturity and insight. Let us hope that a sizable majority of his fellow Americans will see the same reality and truth when they enter the polling booth to cast their vote on November 4th. 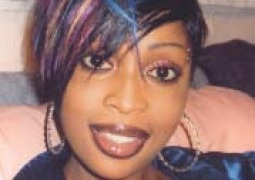