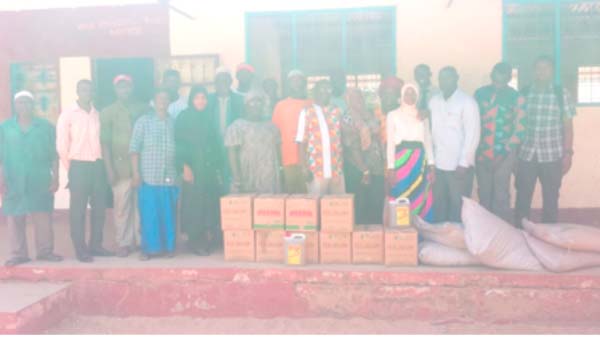 The association of ex-students of Sukuta Upper Basic School on Thursday presented some valuable food items to their former school as Ramadan gift.

The donated items included 40 gallons of 5-liter cooking oil and five bags of 50-kilogram of sugar.

The donation was part of the ‘Give Back Initiative’ of the 2001 graduates of the school.

Speaking at the presentation ceremony held at the school ground, Haddy E. Sosseh, principal of Sukuta Upper and Senior Secondary School, thanked the donors for what she described as a goodwill gesture and a laudable initiative.

She said teachers, despite their instrumental role in shaping the society, are often neglected.

She commended the association for the foresight for looking back to their former school, while encouraged them to do more for the school.

Lamin Sanneh, first vice principal of the school, hailed the association for their historic initiative, saying that government alone could not develop all schools, hence the need for such initiatives to complement its efforts.

Mr Sanneh highlighted some of their constraints, which include lack of enough furniture, teaching materials and structures.

Dodou A. Bojang, second vice principal of the school, also underscored the relevance of the donation as regard to the Holy month of Ramadan.

“In this month of Ramadan, every grain of sugar or drop of oil consumed will be a blessing to the donors. We hope and pray that God grants the strength and unity to continue the good work,” he remarked.

Oustas Abdoulie Gaye, said they are happy that their ex-students have remembered them and have come back to offer assistance to their Alma-Ata.

Madiba Sillah, Coordinator of the SUBS Class of 2001 Give Back Initiative, said it was sixteen years since their graduation from the school and was an honour and privilege for them to be back to the school to assist.

He said the association was just one month old and that it comprises of only the Circle Class of the batch of 2001, adding that their intention was to expand the association to include everyone who passed through the school.

He hailed the school administration and staff for the warm reception accorded to them and promised that the gesture would be an annual thing.

He said the idea was emanated from their online platform that was primarily created for them to just re-connect and share fun memories.

Ismaila Bojang, Public Relation Officer of the association shared similar sentiments, reiterating their determination to do a lot more for the school. 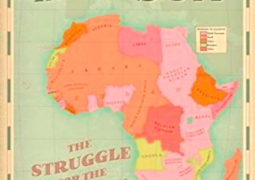 BOOK REVIEW: Empires in the Sun: The Struggle for the Mastery of Africa by Lawrence James