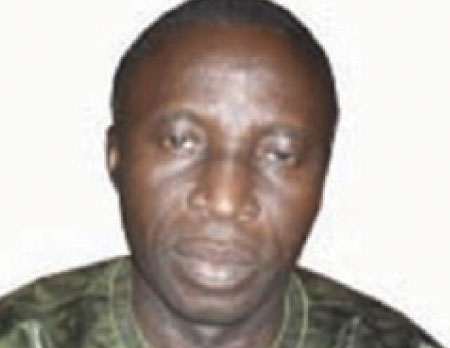 The High Court in will today rule on the bail application by three former senior officers of the Gambia Revenue Authority, GRA, including its Commissioner General, Bakary Sanyang.

Presided over by Justice Emmanuel Nkea, the Special Criminal Court will rule on the application by Bakary Sanyang, while the High Court presided over by Justice M. Abdullahi will rule on the application of Mamour Joof and Louis Gillen, all of whom alongside other senior officers of the institution were remanded in custody at Mile 2 prison by the Banjul Magistrates’ Court.

The accused persons are charged with 14 counts of neglect of official duty, perjury, making false and misleading statement, defraud of the government tax revenue, economic crimes and uttering false documents.

His defence counsel, Badou S.M. Conteh, stated that the application was made for the applicant to be admitted to bail pending the hearing and the determination of the trial by the court.

Counsel cited some criteria which the court should look into in granting bail to the applicant, submitting that the charges against the applicant were bailable.

He argued that even in the fertilizer commission, the accused persons were granted bail by the Brikama High Court, adding that the applicant had worked with the GRA since 1974.

Lawyer Conteh argued that if he continued to be detained, his fundamental human rights would be violated, adding that the applicant is married with 13 children, and all were traumatised by the arrest and detention of their father.

He said granting bail does not imply that ‘you are innocent, but to enable you to prepare your defence’, saying his client would not jump bail, and would not tamper with the investigation neither would he  interfere with the witnesses.

He said the applicant would attend court regularly.

He submitted that the total finding of the Commission of Inquiry was D2 billion which the applicant is charged with, and was not the only person involved.

Counsel then urged the court to grant the applicant bail and disregard the alleged sum, adding that the bail should not be excessive.

Counsel told the court there was an application for the court to make an order admitting the applicant to bail, pending the hearing and determination of the trial against the applicant at the High Court, and at the Banjul Magistrates’ Court.

She submitted that they were served with an affidavit in opposition, but they did not concede to any, adding that the applicant had spent 36 years working for the Government of The Gambia, and the applicant is the father of four children, who were traumatised by the arrest and detention of their father.

Counsel added that the applicant was not well and needed medical attention and was due to see a doctor, which he missed.

Lawyer Sisay-Sabally argued that it was not in the projection of the state that they would earn D2 billion in a year, and urged the court not to look at the figures on the charges when it comes to bail, because this was a holding charge.

She said in economic crimes offence, there is a section for bail, and it laid down conditions, adding that the applicant had relatives who are respected in the society, willing and able to stand as sureties for the applicant.

The applicant would not jump bail and would not interfere with any prosecution witnesses, she continued, arguing that section 99 of the CPC gives the court the power to grant bail, which shall not be excessive.

“The Gambia is a developing country and none of the applicants can meet the bail bond of D2 billion that they are charged with,” counsel added.

The applicant is innocent until proven guilty by the court, and the said section is common in all Commonwealth jurisdictions, counsel said.

She submitted that the applicant was entitled to be admitted to bail, and urged the court to exercise its discretion in his favour.

In response, the Director of Public Prosecutions, S.H. Barkun, said they had filed a four-counter-paragraph affidavit and they intended to rely on the entire paragraphs, particularly paragraph 3.

He submitted that bail was at the discretion of the court, and such discretion would be exercised by the court judicially and judiciously.

DPP submitted that having regards to the circumstance of the case, it was a fact that in exercising its discretion, the court would rely on the facts presented before it, and in that the court could not exercise its discretion in favour of the applicant.

He added that the applicant did not prove the burden that lies on him that the discretion should be exercised in their favour, arguing that there was nothing before the court worth granting the applicant bail.

He stated that the application was not convincing to grant bail in this matter, because the matter they were talking of is D2 billion, and the nature and the gravity of the offence was high.

DPP then urged the court to refuse bail because granting bail would send a wrong signal to the public, and if the government had to lose this amount, it would be detrimental to the state.

He urged the court to exercise its discretion in the state’s favour.