The Kanifing Magistrates’ Court presided over by Magistrate Hillary Abeke Monday acquitted and discharged one Sanju Kumar, an ex-accountant at Copri Construction Company, who was accused of stealing a motor vehicle.

In his judgment, Magistrate Abeke summarized the evidence of the prosecution witnesses and that of the defence, and said the issue to be determined was whether the prosecution had proven its case beyond reasonable doubt.

He said it is common in law that in a criminal trial the ingredients of an offence charged must be proven to the satisfaction of the court.

On a charge of stealing, ownership of the property must be established, adding that in this case it was alleged that the accused stole a vehicle belonging to the Sheriff Division.

Magistrate Abeke further stated that the prosecution did not tender any document of ownership, adding that the court could not guest or speculate on the ownership.

He said no inventory, judgment being enforced neither a writ of attachment of Copri Construction Company were presented in court.

The prosecution had failed to prove the material evidence, and mere likelihood was not sufficient to prove a case.

Magistrate Abeke further stated that the prosecution had woefully failed to secure the conviction of the accused person, and he, therefore, acquitted and discharged the accused accordingly.

The charge sheet stated that some time in July 2015, at Fajara Cape Point in the Kanifing Municipality, she stole a motor vehicle registration number BJL 0319 J marked Mitsubishi, the property of the Sheriff Division. 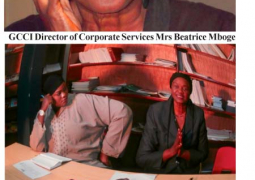 Centre for Children and Young People Uplifting Teenagers in The Gambia