When the case was called, the state represented by Aji Amie Ceesay said they had filed an indictment in court, but they went to the registrar to find out why it was not before the court.

Defence counsel L.S. Camara said that since the indictment was not before the court they could adjourn the case.

Justice Abi then adjourned the case to 4 March 2015 for mention.

Readers would recall that the accused were arraigned on 11 September 2014 at the Banjul Magistrates’ Court, charged with a single count of ‘economic crime.’

According to the particulars of offence, the duo between the months of January 2013 and June 2014, in Banjul and diverse places as Project Coordinator and acting Finance and Administrative Manager of Rural Finance Project under the Ministry of Agriculture respectively, issued salary advances, unauthorised travel allowances, awarded contracts that did not follow the Gambia Public Procurement Agency (GPPA) regulations and unauthorized payments of sitting allowance which amounted to D965,905,00 and D707,327,00 respectively, which caused a detrimental loss to the economy of The Gambia, and thereby committed an offence. 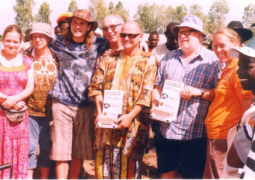