The Gambia Group F opponents Burkina Faso stand the chance of making it consecutively to a second Africa Cup of Nations tournament.

The Stallions would be confident of progressing from Group F starting with the Scorpions most awaited second group F test in Ouagadougou at the weekend of October 8.

Both sides are far apart if the FIFA rankings are anything to go by, as Gambia's Scorpions have jumped back into the world’s top 100 football teams.

The latest FIFA-Coca Cola World Ranking released this month has put Paul Put's side number 91 in the world and 22nd in Africa.

The Stallions of Burkina Faso, who are reported to have regrouped in France early this month before their opening group F clash with The Gambia next month, enjoyed a significant jump from 45th in August to 39th in the world in September. They have also maintained their 8th place in the continent.

According to MTN website, the Burkinabes, the fourth best team at the 1998 Cup of Nations - which they hosted, will be thinking of the possibility of progressing to Equatorial Guinea/Gabon to duplicate the 1998 result.

One thing positive about the Burkinabe side is they have kept their national team coach Paulo Duarte, which is good for continuity, and can now build on what they achieved at the 2010 tournament in Angola.

While the rest of the continent focused on the Africa Cup of Nations qualifying matches during the weekend of September 3-5th, Burkina Faso and Gabon, both exempted from the weekend’s games, played a warm-up friendly at the Maurice Chevalier Stadium in Cannes, France.

Roger Issakounia scored for the Black Panthers in the 52nd minute with The Stallions levelling minutes before the final whistle via a penalty kick scored by Alain Traore.

The Gambia, who took on Namibian as part of Group F opening clash, beat opponents 3-1 in Banjul the same weekend.

Burkina Faso are fortunate as they have a number of players that ply their trade in Europe and in various leagues around the globe and more importantly they all feature, play regularly for their clubs and are set to host the Scorpions in Ouagadougou.

Burkina Faso are also blessed with players as young as in mid-twenties and with good technical abilities and a sharp eye for goal. They have players like Aristide Bance, who adds much needed strength to a team that have for a long time lacked the ability to finish with delight.

Another plus to the team is Jonathan Pitropia of Bundesliga club Hamburg, who is a strong midfielder with a creative eye. Their strength does lie in attack with Bance. There is also Yssouf Kone, a quick-off-the-mark player who has gained valuable experience in the UEFA Champions League with his Romanian club CFR Cluj.

Earlier in August, the Portuguese-born tactician coach Paulo Duarte named a 23-man squad for a friendly against DR Congo in Senlis (Oise) near Paris, France.

Here is the list of the complete squad invited for that friendly: 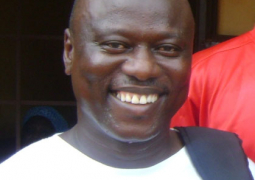