A five-day training of trainers for fifty-six regional technical officers on drainage sanitation and waste management under the European Union-Gambia disaster prevention and management programme began in Mansakonko on Monday.

The training formed part of the second phase of the EU-funded project to build the capacity of participants to be able to respond to rain disaster especially in the seven disaster hotspots of Banjul, Barra, Bundung, Brikama, Soma, Bansang and Basse.

Speaking to The Point, project consultant MS Gaye, a principal of Cityscape Associates, said the first component of the project will deal with the drainage construction and provision of tools and implements for drainage and waste management, while the second component involves training, sensitisation, hygiene and sanitation.

“Meanwhile we are proceeding with the training component now so that flood mitigation activities can be implemented for this 2013 raining season as a means to enhance preparedness for the upcoming raining season and beyond,” he said.

Also currently being undertaken is a quantification of the existing drainage network for the various hotspots as the first step in the preparation of tender dossier for small contracts specific to drainage cleaning to be awarded to local subcontractors this year.

According to him, the flood-risk scenario during the upcoming raining season shall be closely observed as experience to be taken onboard in finalising the engineering design.

For Elizabeth Carayol-Ndong of The Gambia-EU Cooperation, the programme will train local communities on labour-based techniques on drainage sanitation and waste management infrastructure maintenance and operation when work is due to be carried out on sites.

She said the training is expected to result in the establishment of a technical team as well as functional village level operation and maintenance committee for drainage sanitation and waste management.

“It is our hope that by the end of the project as a whole, there will be adequate capacity built into the Government of The Gambia for improving the efficiency of emergency intervention in the case of future flooding,” she said.

In opening the meeting, the Governor of Lower River Region, Lamin Darboe, stated that judicious management of waste is fundamental in ensuring that people live in a healthy environment.

He said the government has already made the pronouncement for the relocation of settlements on disaster hotspots ahead of the raining season proper.

He noted that the meeting is important, particularly for councils who should ensure there are proper settlements to prevent poor sanitation and diseases as a result of their settlements. 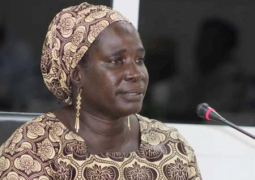