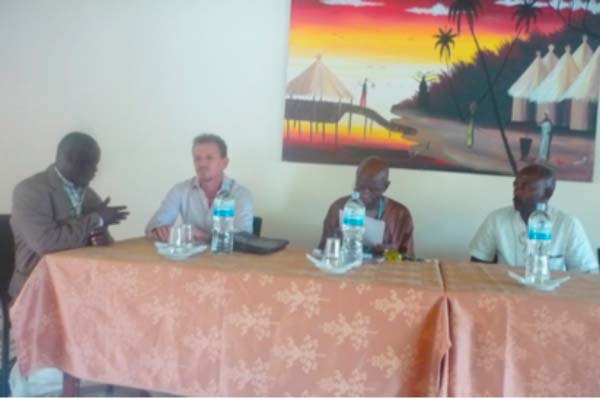 The Government of The Gambia through the Ministries of Fisheries and of the Environment, Climate Change, Water, Forestry and Wildlife, in collaboration with the United Nations Development Programme, Wednesday implemented the GoWAMER sub-regional project in The Gambia.

The implementation of the project took place following the conclusion of a two-day national workshop held at the Tanji Bird Reserve Eco-camp on 20 and 21 January 2016.

The project, entitled “Governance, Marine Resource Management Policies and Poverty Reduction in the West Africa Marine Eco-region”, is co-funded by the EU and the UNDP for a six-year period.

The specific objective of the project is to improve governance and promote the adoption of best practices for sustainable use of marine and coastal resources in the eco-region WAMER.

Since 2013, The Gambia and other participating countries in the GoWAMER Project conducted a national workshop to calculate and analyse a national index of governance of marine and coastal resources using a methodology inspired by “IMPACT ALLIANCE”, structured around five relevant criteria and indicators.

The methodology is applied to obtain for the country, quantitative measures of good indicators.

Speaking at the ceremony, Alagie Manjang, deputy permanent secretary at the Ministry of Environment, Climate Change, Water, Forestry and Wildlife, said they had been part of the project since WWF project was in The Gambia.

The project, he added, has been on for 3 years and it is hoped that it would continue for the remaining years.

He said there had been significant changes in terms of the implementation structure of the project following the closure of WWF in The Gambia and Senegal.

DPS Manjang also said they work across relevant sectors on the project, adding that they had been working against a country study that was initially carried out at the beginning of the project. He said that country study did help them to come up with a national action plan on what they wanted to do in the sub-regional project.

Annually, he said, they are required to develop a work plan which is to be implemented, adding that the project had the primary objective of trying to address poverty for coastal communities as well as the policies of poverty, food security and environment so that governance is well enshrined and managed.

“People living along the coast have been and will continue to depend on these resources,” PS Manjang stated, adding that the way they manage the resources, as the governance issue, had not been quite well addressed not only in The Gambia but in other countries in West Africa.

There are no complementarities among ministries’ policies sometimes and apparently there are conflicts, he observed, adding that there is already significant attempts to put all different actions together and work under one umbrella.

Each year, he added, The Gambia receives a useful budget of funds from the EU to implement activities in governance of marine and coastal resources.

The project serves as a good opportunity for The Gambia and other countries in the region to benefit from such funds, he said.

Mr Sexstone highlighted the achievements by the project to date, saying they include the building of physical infrastructure for communities, national launching of the fisheries platform and the purchase of the monitoring vessel.

“It is important that the annual work plan of the project is discussed because it serves as an opportunity for stakeholders to highlight areas of priorities for the project,” he said.

The EU is interested in the project because they remain committed to sustainable fishery management as well as the sustainable management of the coastal zone, he remarked.

Dr Almamy Camara, Programme Specialist at the UNDP, said his office stands ready to support the project in an effort to use the marine resources of The Gambia to reduce poverty, ensure food security as well as protect the environment.

Ousainou Touray, senior wildlife conservationist at the Department of Parks and Wildlife, said it is a collective duty to protect the country’s resources.

The recommendations also include implementing existing management plans and developing new ones for MPAs; need to improve capacity in surveillance, signing of MoU with NAVY for effective use of the surveillance boat, creating alternative income-generating activities for coastal communities to support the management of marine and coastal resources, promote adaptation and resilience of coastal communities in mitigating effects of climate change, and promote and build capacity of relevant institutions in the generation.

It also involves collection and analysis of relevant scientific information/data in the management of marine and coastal resources. 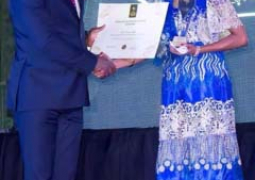