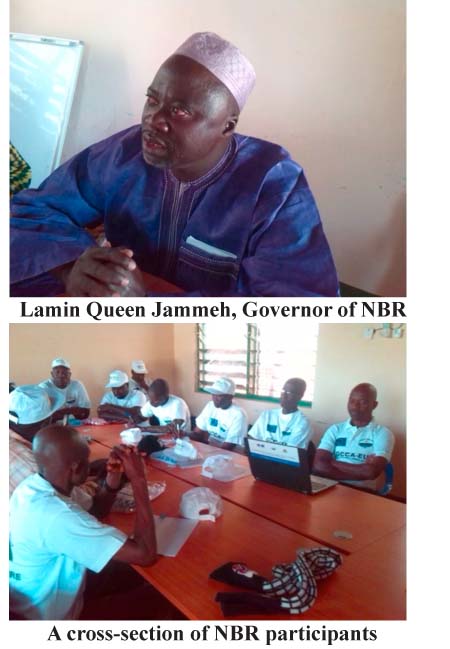 A team of climate change experts from the Department of Water Resources on 2 December 2015 commenced weeklong regional consultative meetings, with local stakeholders on climate change policy formulation, an initiative supported by the EU through fast-track funding under the GCCA component 2 projects in The Gambia.

According to organisers, the meetings target Technical Advisory Committees, Traditional Communicators, and youth and women’s groups in all regions of the country.

Speaking at a meeting held in Kerewan, North Bank Region, the regional Governor, Lamin Queen Jammeh, hailed the department for coming up with such an initiative, describing it as timely and significant for the fact that world leaders are currently meeting in Paris (France) on the same theme: “climate change, ending poverty and inequality.”

“There is a need to develop appropriate models of communications that will serve to transmit and disseminate information on climate change to the local people,” he added.

Governor Jammeh said The Gambia, as a country, has shown real commitment to the protection of the environment as a key component of sustainable development.

However, he added, with the use of sound knowledge and appropriate tools to address climate change effects and impacts, as desired by the training promoters, could be one of the surest means of improving community livelihood which would ensure environmental sustainability.

“The Gambia is highly vulnerable to a rise in sea level because of its low-lying coastal areas,” he stated, adding that in view of the concentration of the socio-economic activities and cultural assets in low-lying coastal areas, The Gambia is particularly vulnerable to climate change impacts, which include sea-level rise, increased saline intrusion and flooding during torrential rains.

“I wish to assure you that the Government of The Gambia under the leadership of President Jammeh has, and will continue to give its political will to support the project supported by EU in strengthening the capacities of local stakeholders in our various regions across the country,” Governor Jammeh said.

Buba Camara, GCCA Component 2 project officer, said the GCCA project was funded by EU to the tune of 3.8 million euro, as part of its support to developing countries that are most vulnerable to the effects of climate change.

The overall objective of the project is to improve the capability of the government and people of The Gambia to adapt to increase climate variability and change, he said.

The regional consultative meetings was meant to strengthen national level capacity to plan for and respond to climate change impacts on the livelihood of the people, and to provide support and guidance to mainstreaming of climate change into development planning, he added.

According to him, the meeting was meant to solicit constructive views from stakeholders, in the quest to formulate and develop an integrated climate change policy, as a framework for mainstreaming climate change into national development planning.

Mr Camara said a national climate change policy development is in progress, and the component 2 of GCCA support project aims at producing this policy document for The Gambia through participatory processes.

“A lot of work has been done in that regard through the activities of various task-forces, and by engaging the services of a number of national resource persons,” he continued.

However, he added, much remains to be achieved in this journey towards developing a draft climate change policy for the country.

A road map was put in place by component 2 stakeholders through the guidance of the key experts, which aims at developing the draft policy document by January 2016, he further noted.

“This particular regional consultative meetings are part of that road-map, which we believe will significantly contribute to the draft national climate change policy development process,” said Mr Camara

He said: “The GCCA support project to The Gambia for mainstreaming of climate is focused on climate change, contemporary climate change adoption techniques and advisory skills for community mobilizers and opinion leaders, as well as the establishment of community mechanisms for monitoring climate change trends.”

“We began the process to develop the national climate change policy over a year ago, under component 2 of the GCCA. The process has been guided by the Technical Working Group established to oversee the project,” he continued.

This resulted in the generation of a significant amount of information, developed in a participatory fashion through the task team and work groups.

The main purpose of the gap analysis is to clearly identify strategic priorities for thematic clusters, to guide actions and investment on adaptation and mitigation in The Gambia, he further stated.

This, he said, aimed at raising awareness on the need to mainstream climate change adaptation and mitigation into national development policies, plans and budgets for sustainable development.

He introduced participants to the framework and tools available for mainstreaming climate change into development agenda in the country.

He said: “These meetings provide the participants the opportunities to discuss, network, allowing participants to share their experience and knowledge on climate change-related issues.” 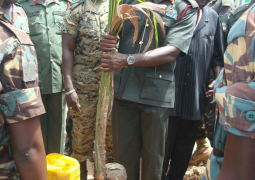 Boy in Court for Fraud