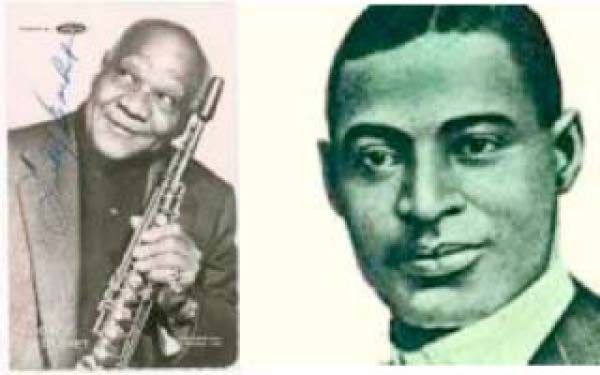 As we celebrated the end of Jazz Appreciation Month which ended with the celebration of International Jazz Day we want to take this opportunity to share with our esteem readers a brief history of jazz.

We begin with a synopsis of the history of jazz in order to put it in proper perspective and to recognize the invaluable contribution of African Americans to the development of America’s most recognized cultural art form.

We are encouraged in our effort by the opening of the museum of African American history by the first African American President which was done sometime last year before the end of his term.  This is not a coincidence, but a natural development in the evolution of America’s history.

In previous notes, we traced the origins of jazz to the slave dances at Congo Square, now called Louis Armstrong Park in New Orleans.

Although there is an inclination to view the intersection of European-American and African currents in music as something theoretical or metaphysical, the storied accounts of the Congo Square dances provide us with a real time and place of an actual transfer of a complete African ritual to the native soil of the New World.

In the Americas, the dance became known as the “Ring Shout” which describes the clusters of individuals moving in a circular pattern, chanting and wailing as they danced around.

It has been observed that this tradition persisted well into the 20th century, and was still practiced in South Carolina as late as the 1950s. In fact, the Congo Square dances were hardly so long-lived, as there are indications that the practice continued, except for a brief interruption during the Civil War, until around 1885.

Such chronology implies that their disappearance almost coincided with the emergence of the first jazz bands in New Orleans. It should be noted here that this transplanted African ritual lived on as part of the collective memory  and oral history of the black community in New Orleans, which in turn, shaped the “self-image” of the early jazz performers as to what it meant to be an African-American musician.

Historical accounts credit Buddy Bolden as the earliest jazz musician, but it is also said that by the time Bolden and another musician Sid Bechet began playing jazz, the Americanization of African music had already began, and with it came the Africanization of American music. (Bechet was a clarinet player from New Orleans who was at that time compared to Louis Armstrong as a great improviser during those transitional years.)

The story of jazz and its development is directly linked to the founding and growth of New Orleans as a city. New Orleans went through a few hands before it became an American city.

Almost less than half a century after the city’s founding in 1764 by the French, it was ceded to Spain, and it was not until 1880 when Napoleon succeeded in getting it back. However, this renewed French control did not last long, for in 1883, the city of New Orleans was transferred to the United States as part of the Louisiana Purchase.

The early settlement of French and Spanish migrants played a decisive role in shaping the distinctive ambiance of New Orleans in the early part of the 19th century. Other European migrants from countries like England, Italy, Ireland and Germany also settled in New Orleans and made substantial contributions to the development of the local culture. The city’s black inhabitants were equally diverse, many coming from West Africa and many more from the Caribbean joining native-born Americans.

It is said that in 1808, as many as 6000 refugees from Haiti arrived in New Orleans fleeing the Haitian revolution. This ensuing amalgam blending an exotic mixture of European, Caribbean, African and American elements, made New Orleans and the state of Louisiana the most seething ethnic melting pot in the New World.

In this society, the most forceful creative ingredient came from the African-American underclass. This should be of no surprise, for by 1807, about 400,000 native born Africans were transported to America mostly from West Africa, deprived of their freedom and torn from the social fabric that gave structure to their lives. They struggled hard to cling on to elements of their culture, and music and folk tales were the most resilient of these.

The drum became a very powerful means of communication and African elements in the slaves’ music became evident. This unfortunately led to the banning of drum use by the slaves in states like Georgia. It was a turning point in the evolution of the slave songs, and out of this development, came the “work songs” which were more African in nature. This ritualized vocalizing of black American workers with total disregard for Western systems of notation and scales, came in various forms, and the history of jazz is closely intertwined with many of these and other hybrid genres of music.

Generalizations about African music are tricky and can be confusing. Many pundits have treated the culture of West Africa as a homogenous and unified body of similar practices. As a matter of fact, many different cultures contribute to the traditions of West Africa. However, there are a few shared characteristics amid this plurality which always stands out, and appears repeatedly in different guise, in jazz.

One good example, is the call-and-response forms that predominate in African music, and is also found in the ‘work songs, the blues and jazz.’  It should be noted here that the most prominent characteristic, i. e. the core element of African music in its contribution to the development of jazz, is its extraordinary richness in rhythmic content.

The ability of African performance arts to transform the European tradition of composition while assimilating some of its elements, is perhaps the most striking and powerful evolutionary force in the history of modern music.

The relationship between jazz and the blues is always a subject of discussion among scholars of music, and the early accounts of slave music are strangely silent about the blues.

Research has been done by some scholars to discover the surviving traces of the pre-slave origins of this music.

The music called Blues is often associated with any sad or mournful song, but this is a misnomer as the term blues is a technical word which refers to a twelve-bar form that relies heavily on dominant tonic sounds and subdominant harmonies. This particular technique is known to have spread beyond the blues idiom into jazz and many other forms of popular music.

There have been attempts to trace the lineage of early blues singers as a continuation of the West African tradition of griot singing, but blues historian Samuel Charters summed it up in his findings as follows , “ Things in the blues had come from the tribal musicians of the old kingdoms, but as a style the blues represented something else.

It was essentially a new kind of song that had begun with the new life in the American South.” As the blues progressed and started leaving its mark on this musical transition, so also was Ragtime developing with equal importance or more, as a predecessor to early jazz.

With ragtime came the stride piano and indeed in the early days of New Orleans jazz, there was a thin line between ragtime and jazz performance and the two terms were used interchangeably.

After the advent of ragtime, the development and transition of jazz music took a different and progressive direction, encompassing all other forms and styles of music to make it universal and far-reaching. The story of this transition cannot be exhausted in this little piece but we hope you have enjoyed reading about jazz as we continue to share with you some valuable information about this beautiful music and its history.

Previous:
TRIBUNE: 2024 Games: a strategic choice for the future of the African sports
Next:
Daily Observer commences EU-UNESCO training project