The editor-in-chief of The Point newspaper, Baboucarr Senghore, has underscored the significance of the forthcoming presidential, parliamentary and local government elections, stressing that elections are the cornerstone of any democracy.

Senghore, who was speaking during a presentation on the “Role of editors in election coverage and reporting” at a four-day training workshop on election reporting for Gambian journalists, said yesterday that this was particularly important in countries lacking a solid background of democratic rule.

In his presentation, The Point’s chief editor opined that good journalists should also report elections in a non-partisan way, suppressing their own political views in order to allow the public to make up their minds solely on the basis of what the various candidates are offering.

According to him, one of the main problems in election reporting is corruption.

“Corruption is at the heart of poor election reporting in Africa, and a good number of journalists have fallen prey to this vice.

“As editors, we have a role to play in avoiding such problems.

He said, as an editor, one should always check with the electoral commission all the details of the coming poll: registration date, start and closing day of the campaign period, election-day specifics (how the polling will be organized, among others.

In his view, elections bring politicians closer to media practitioners and, as a result, the image of the profession is profoundly tarnished with some insurmountable problems recorded.

Commenting on ethics, he said, observing the ethics of the profession is the golden rule, the success story and the kick-starter of the practice, when the canons of responsible journalism are put in motion.

“It is for this reason that professional ethics should be viewed and reviewed properly, more particularly as it stands as the formidable passage-way from common practice of journalists to their being regarded as the watchdogs of the society,” he added.

He told the gathering that the challenge of objectivity, impartiality and balance in journalism is faced daily by journalists, but there is no better test of professionalism than that faced in the heat and pressures of a bitterly fought political election, hence the need for such training of Gambian journalists in election reporting procedures.

“Journalists are, therefore, expected to be scrupulous enough to provide citizens with access to all the facts, opinions and ideas being canvassed in the election campaign,” he said, further noting that media houses should not be biased, political or opposition-minded as this can greatly affect their professionalism and the professional code of conduct.

Journalists, he went on, must resist with a will the temptation to be biased in their reporting. “The people to whom we are accountable need to be well-informed about all the issues at stake, so that they can decide for themselves,” he said, adding it is unethical for a journalist to canvass a particular political position.

For him, journalists who wish to do so would be wise to quit the profession, and run for an elective office.

He also stated in his presentation that the success or failure of a reporter in election reporting is largely dependent on some key indicators which, among others, include the state of mind of the journalist; lack of access to source of information; lack of effective communication; poor wages of journalists; editorial line of the media house; and cosmetic training in the media profession. 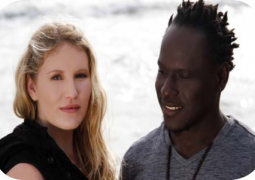