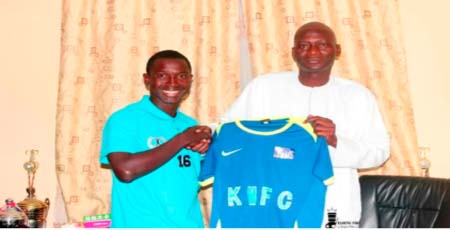 The former Real de Banjul player has signed for the Senegalese outfit after impressing FC Keur Madior management and technicians.

This will be the Banjul-born player third year in Senegalese football after playing two seasons with Ndiambour in the top flight ligue.

The WAFU medal holder was among players unveiled by the club president to help in his side’s new project of gaining promotion to the ligue 1.

Ndow who goes by his sobriquet as Master, was full of praise for his boss as they both believed in each other.