The trial involving the deputy editor-in-chief of the Daily Observer Newspaper Company, Alagi Jobe, and Mbye Bittaye, has been adjourned for address at the Special Criminal Court before Justice Amadi.

The witness identified himself as Professor Ibrahim Khalin who currently works at the Edward Francis Small Teaching Hospital in Banjul.

He said he is the Chief Consultant and Chairman of the Medical Advisory Committee at the EFSTH and that he was employed at the said haospital since 2010.

Professor Khalin told the court that he did not know the 1st accused person, adding that he used to keep records at the medical records office and that entries are recorded in a file, using efficient record system of international standard.

The witness added that he got a summon asking him to appear in court with documents, saying the X-ray document of the first accused person dated 11 February 2013.

Professor Ibrahim Khalin showed the court a copy of the X-ray, saying recorded information relating to the X-ray had been collected by the NIA on 11 February 2013.

He adduced that the document was showing that the X-ray had been collected by the NIA and that the original copy was with the hospital for a purpose, which was why he could not take it to court.

Lawyer Gaye applied to tender the photocopy of the X-ray for ID purposes. It was admitted as defence ID1 without any objection by the DPP.

Defence counsel further applied to tender the summon letter given to the witness, which was also not objected to by the state, as it was admitted as Defence exhibit by the court.

Lawyer Gaye told the witness he was also required in the summon letter to provide to the court a patient file of the accused person, but the witness denied that such a requirement was mentioned in the said letter.

However, it was confirmed by the court that the file was part of the requirements.

At that juncture, the matter was adjourned till 12 June 2014 for defence to address the court. 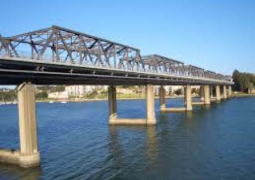