1.INTRODUCTION: The Christian Church universally observe a Week of Prayer for Christian Unity every year between the 18th – 25th January.This practice dates back since 1968 when the World Council of Churches’ Faith and Order Commission together with the Pontifical Council for the promotion of Christian Unity of the Vatican decided to formulate prayers and help Christian of the various denominations to come together to pray and fellowship.I take this opportunity to contribute this article on Ecumenism as a dedication to this year’s Christian Unity Week of Prayer.In this article, I give God the glory at the same time empower fellow Christians and well wishers on this issue of Ecumenism.

The Bible describes the Christian life as a warfare against principalities, powers, rulers of darkness, wickedness in high places and a cohort of demons and evil spirits.Satan has an army against God’s people whom he attacks (Eph. 6:10-17).Ignorance is one of the ways in which he kills and so if Christians are well equipped with knowledge especially on our topic of deliberation, therefore Satan would not over power us or kill us in our disunity.Our Christian witness demands for us to be ready and alert to attack and destroy the plans of Satan.The weapon to use is not the gun or other arteries but knowledge and information especially on our Christian faith guided by the powers of the Holy Spirit.

The term Ecumenism was developed from the concept of having a united body of Christ in his fellowship.As Christ is one so also all members of his body ought to be one and united (Eph. 4:15-17).In John 17:21, Jesus prayed for unity among his disciples and this is his will and the will of His father in heaven.The efforts made under Ecumenism are meant to complement what Jesus prayed for and see that it comes to be in his disciples.

This paper article is divided into five sections; the introduction, definition of term, historical background of Ecumenism, theological foundation for Ecumenism and a conclusion.

The term Ecumenism is not an English terminology, which can be easily read from an ordinary dictionary.It is a term that is rooted in the Greek word Oikos, meaning a house.The word has been elongated from its noun context and brought into the adjective, Oikoumene referring to the whole inhabited earth, universe or world.The world created by God as in the text of Genesis Chapter one is filled with people of different races, creeds, backgrounds and colour.The reference therefore to the Greek words oikos or oikoumene wouldmean the whole inhabited earth which is united under God.

In the religious point of view the connotation derived here is that Jesus is Lord of the whole inhabited earth.This affirmation carries many implications, it is a watch word, an identification and secret word among believers.These people share a mystery, a secret which had been hidden for ages but is now revealed to all people irrespective of race, colour and sex.Jews and gentiles can affirm that Christ now dwells in them giving them the hope of sharing the glory of the rapture.As Paul told the people in Corinth, God has declared that we are his temples and that He will dwell and walk in us.He will be our father and we, his children (1Cor. 3:16).

The concept of Ecumenism goes in line with a general calling for all Christians, everywhere to witness in and out of season to the fact that God’s love in Jesus is so deep that he does not want anyone to perish (Jn. 3:16).Also that his heart is so large that He prepared to forgive, to sanctify and enjoy a personal relationship with every person.The prerequisite to this is a contrite heart.

In as much as the above concept is recognized and upheld, this same Christian calling is for all irrespective of denominational trappings whether Anglican, Methodist, Pentecostal or Catholic.Pope Paul VI in his encyclical, Egangelii Nuntiandi laments division among Christians who are meant to be united in Christ; “divisions among Christians not only harm the credibility of the Churches but even the credibility of Christ himself” (En. No. 4).Thus he urges Christians to be united.

Ecumenism as a concept based on the idea of bringing all Christ’s faithful as one denotes that there existed disunity in Church history.The issue of division in the body of Christ has been a reality that existed and it was a phenomenon that demanded attempts of unity.In mediaeval times, there were such attempts like the Council of Lyons, 1274, and Florence, 1438-1439 which brought together the Eastern and the Western Churches.Also the first stages of the Protestant Reformation were closely followed by attempts to heal the new wounds.In England, during the late seventeenth century came moves to comprehend the dissenting bodies within the established Churches.The theologico-political concept of the national Church’ (Church of England) provided much of the motivation for these negotiations.There were also comparable sporadic movements between Anglicans and Roman Catholics, for example the negotiations between Archbishop Wake of Canterbury and French Theologians in the early eighteenth century.

The twentieth century became the century for ecumenism and ecumenical movements because more practical attempts came to light.Ecumenism essentially came to be a spiritual mood or religious commitment rather than a single clearly worked out theological position.This came as a result of wasteful and scandalous rivalries and duplication of effort in the Missionary work of Churches in Mission lands.The Missionaries felt and realized the negative implications and sort cooperation in social witness.

While the ecumenical aims of these missionary movements were initially limited to practical arrangements for cooperation between Christian Churches, some saw a deeper connection.According to the prayer of Jesus, (Jn. 12:21) the unity of his disciples is an essential component in their witness to the world.Disunity among Christians in faith or in practice is therefore counter-testimony to the gospel.In line with this insight, the general convention of the Protestant Episcopal Church in USA called in 1910 for a world conference on Faith and Order, a call that was taken up by members of other Churches too.The key tenets discussed were, the canonical scriptures, the ancient creeds, the dominical sacraments of baptism and the Lord’s Supper and historic

episcopate. This agenda also ensued at the first world conference at Lausanne, Switzerland in 1927. 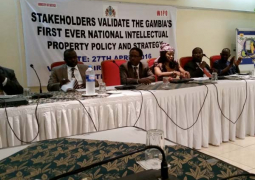 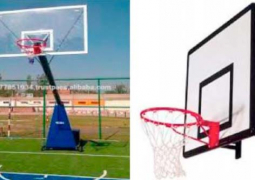