The President of the ECOWAS Commission, Kadré Désiré Ouédraogo, has said the greatest tribute to the memory of Ghana’s late President, Professor John Evans Atta-Mills, is to immortalize the ideals of peace-building and demonstrate a passion for regional integration, which he lived and died for.

“We will miss his wisdom, his simplicity, tolerance and quality leadership, which contributed to the unity and stability of not only his country, Ghana, but also our region and the African continent,” President Ouédraogo told journalists in Accra, where he joined world leaders and other dignitaries in the funeral ceremonies for the departed Ghanaian leader and African statesman.

The ECOWAS chief described the late president as a great leader and democrat who led by example, and from whom the region would draw great lessons in democratic governance.

“As a teacher, he trained many Ghanaians and a number of Africans,” President Ouédraogo recalled, adding that the departed Ghanaian leader would be greatly missed.

The ECOWAS president who had earlier sent a condolence message to the government, people and immediate family of the late Professor Atta-Mills, led a delegation of the Commission and other community institutions which joined millions of other mourners to pay their last respects to the departed leader, whose remains were laid in-state from 7th to 9th August 2012 at designated locations in Accra, before burial on Friday, 10th August 2012.

Many ECOWAS leaders and their counterparts from outside the region were present to bid farewell to the late Ghanaian President, while other countries sent high-ranking representations to the three-day funeral rites.

The VIP visitors to Ghana included the chairman of the African Union, President Thomas Boni Yayi of Benin, chairman of  the Authority of ECOWAS heads of state and government, President Alassane Ouattara of Cote d’Ivoire, Nigeria’s President Dr. Goodluck Jonathan and US Secretary of State Hilary Clinton, who was on an African tour.

Ghana’s Foreign Minister, Alhaji Muhammad Mumuni, who received President Ouédraogo and his delegation on arrival in Accra on Thursday, 9th August 2012, described the presence of many ECOWAS leaders as a demonstration of solidarity with Ghana and the collective grief by the entire region.

“President Atta-Mills made regional integration agenda the flagship of his government’s foreign policy,” the minister affirmed, noting that he also bonded very well with his colleague heads of state, promoted understanding and contributed to the repositioning of the region for economic development and international competitiveness.

Ghanaians were generous in the outpouring of emotions and tributes to their late leader, with Accra, the nation’s capital and other major cities, literally draped in the funeral colours of red and black and the citizens lining the streets in winding queues to catch a final glimpse of their departed leader before his remains are committed to mother earth.

The government had declared Friday, 10th August 2012 as a national holiday to ensure massive citizen participation in the unprecedented national mourning, never seen before in the country’s 55-year history.

President Atta-Mills, who assumed office in January 2009, died on 24th July 2012 at the age of 68. Former Vice President, John Dramani  Mahama, has since been sworn in as his successor. 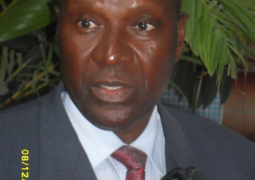 Ivorian envoy holds talks with Jammeh on Mali, Bissau, others

Zeal for your house