A two-man delegation of ECOWAS fact-finding mission for the interstate road transit scheme is currently in The Gambia.

The delegation, led by senior Ecowas customs official Saliouf Tiemtore, yesterday Monday had a meeting at the Ministry of Trade, Industry, Regional Integration and Employment with officials of the ministry, members of the Gambia Chamber of Commerce and Industry, and clearing and forwarding agents in charge of transit goods and businesses involved in trade export.

Mr Tiemtore said they were in Banjul on a fact-finding mission and will be going to the borders to get first-hand information before proceeding to Senegal.

In Senegal, he added, they would also talk with the relevant authorities in that country in order to find amicable solution to the border impasse.

The border closure has been lingering since 11 February this year, and both countries are seriously affected as a lot of business transactions between the two sister nations have been forestalled.

Presently, commercial trucks with goods from The Gambia are not allowed to go through Senegal to neighbouring countries, whilst Senegalese trucks have boycotted the Gambian route.

“On average, just on the transit trade, you would do up to 10 trucks passing through [the borders of both Senegal and The Gambia]. So by the end of the year you can be talking about at least between four thousand five hundred to six thousand trucks that pass through Senegal,”the Chief Executive Officer of Gambia Chamber of Commerce and Industry, Alieu Secka, has said.

“Half of this number of trucks or commercial vehicles goes through Senegal and the rest through Guinea Bissau, Mali and Guinea Conakry.” It should be noted that The Gambia has launched a complaint to the ECOWAS Commission in Abuja about this happening a long time ago before the present border issue.

The ECOWAS delegation is expected to leave Banjul today for Dakar, our sources added. 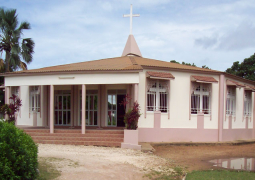