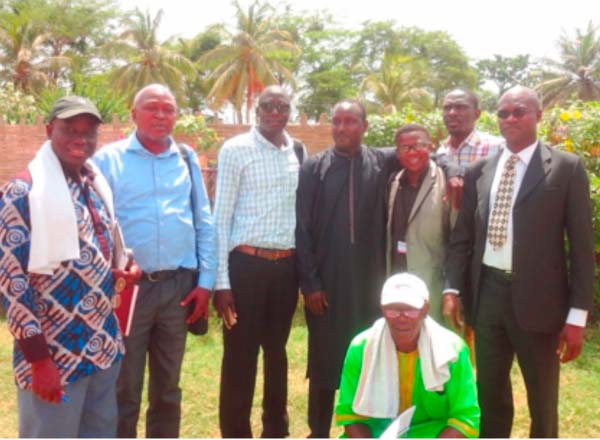 A sub-regional training activity for local elected councilors and truck drivers within the three ECOWAS member countries Senegal, Guinea Bissau and The Gambia on the ECOWAS protocol recently ended in Ziguinchor, the regional capital of Casamance.

The training activity, organised and funded by Enda CACID, a non-governmental organisation based in Ziguinchor in collaboration with ECOWAS, was part of the forum of the second edition of the ECOWAS integration week.

The training focused on the ECOWAS protocol on free movement of goods and people within the sub-region, among other related treaties signed by heads of state.

The purpose of the training was to bring together elected local councilors and truck drivers within the three ECOWAS countries, to discuss the issues affecting borders on free movement of people and goods, among other obstacles within the borders, and carved a way forward to remove all the barriers to trade facilitation and movement.

Speaking at the training session, the Executive Director of ENDA-CACID, Dr Cheikh Tidiane Dieye, said the training was geared towards real integration among ECOWAS member countries.

He said it was very important for ECOWAS member countries, especially Senegal, The Gambia and Guinea Bissau, who are neighbours that share the same common culture, norms and values, language among other areas of interest, to come under a single umbrella to share experience and expertise, success stories, challenges, constraints and other hindrances and carve a way forward for a better ECOWAS region.

He said the training was mainly to enable the councillors know their role and responsibility as elected local representatives, and for drivers to help the easy movement of goods and people in the sub-region.

Dr Dieye also stressed the need for various member countries to respect the protocol, and remove all barriers that would cause delay to trade within the sub-region.

He said despite all the challenges and obstacles, there is need to strengthen the regional integration, and organizing this type of sub regional forum is one way of encouraging real integration within the sub-region.

Musa Gjawa, assistant to ENDA-CACID, spoke about the need for ENDA-CACID organising this regional integration meeting to clear all doubts, and chart the way forward.

He said the objective for organising the training course was to train local councilors and truck drivers on the free movement of people and good in the West African region.

It was also part of the agenda, he added, to train drivers via key corridor on the necessary knowledge and understanding of the ECOWAS protocol, so that they would act in accordance with the protocol, respect their rights and know their obligations.

According to Gjawa, after the training, one hundred and fifty drivers would also be trained to be actors and educators in advocating for more awareness on the issues of the ECOWAS protocol.

He said ENDA-CACID is ready to give them all the necessary support to empower them and hone their skills, adding that such kind of training would help citizens or the drivers to have a better understanding of the ECOWAS protocol.

Also speaking was Ismaila Badjie, councillor for Bulock ward, who expressed his impressions about the training session. He said it had yielded positive knowledge on him to know the ECOWAS protocol.

Such training should be organised frequently among the three ECOWAS member countries, Senegal, Guinea Bissau and The Gambia, Badjie said.

He acknowledged the efforts of ENDA-CACID in organising the training on ECOWAS protocol, and thanked the BAC management for giving them the opportunity to participate in this regional integration exercise.

The councilor for Bwiam ward, Ensa Bojang, also expressed similar sentiments, and described the training as very timely and successful.

“We are grateful to ENDA-CACID management for their foresight in organising this training for truck drivers and local councilors in the three ECOWAS member countries,” he said.