Ecobank's US$2.5bn combined Rights Issue and Public Offer, to be launched today, Monday 25th August 2008, has been described as not just the largest on the continent but the first simultaneous cross-border public offering in Africa. Ecobank Transnational Incorporated (ETI) is listed on the 's Bourse Régionale des Valeurs Mobilières, on the Ghana Stock Exchange in and the Nigerian Stock Exchange in .

Approvals for the registration and listing of the new shares have been obtained from the relevant regulatory authorities in , and the Union Economique et Monetaire Ouest Africaine (UEMOA).

The chairman of ETI, Mandé Sidibe, said that the proceeds of the Rights Issue and Public Offer would be utilised to strengthen Ecobank's growth plans to expand its network of branches in the countries where it currently operates as well as expand into new countries thereby consolidating its position as the leading pan-African banking group. The increased capital will also help upgrade as well as modernise the group's technology platform.

ETI group's chief executive, Arnold Ekpe, said that he expected good shareholder and investor response to the combined Rights Issue and Public Offer across the three stock markets, as investors are well aware of ETI's strong fundamentals. ETI recently completed a non-deal road show which involved over 70 meetings with institutional investors in 18 cities across , , and . The feedback from the investors was extremely positive.

ETI's expansion plan includes the opening of new subsidiaries and branches in other countries in Middle Africa as well as representative offices and international banking facilities in the major financial centres that have substantial trading and transaction links with including , , and . 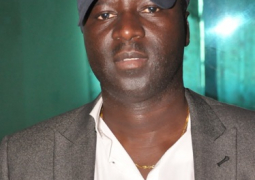