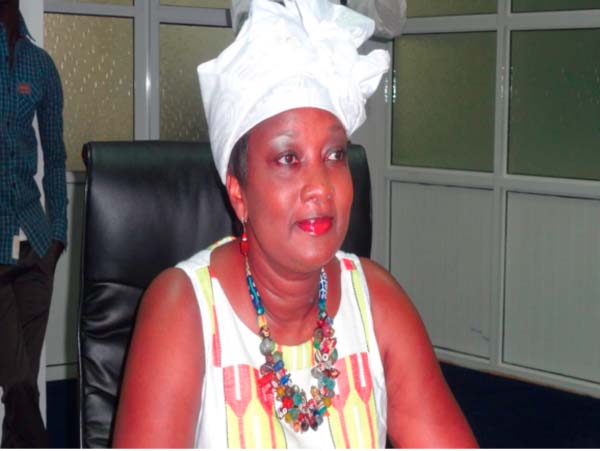 Ecobank Gambia Tuesday joined the rest of the world to celebrate International Women’s Day, at a function held at the bank’s main office on Kairaba Avenue, on the global theme: “Planet 50-50 by 2030: Step It Up for Gender Equality”.

The Ecobank theme is: “International Women’s Day: let’s step it up for women everywhere”.

In her speech on the occasion, Josephine Anan Ankomah, managing director of Ecobank Gambia, said Ecobank deemed it necessary to celebrate International Women’s Day, for its significance to the cause and empowerment of women, as well as for the fact that it is an initiative spearheaded by the United Nations being celebrated worldwide, since its inception 40 years ago.

She said this year’s theme: “Planet 50-50 by 2030: step it up for Gender Equality” is of particular interest to them at the Ecobank, since the initiative upholds section 5 of the UN’s Sustainable Development Goals on Gender Equality.

“We are specifically aligned with subsection 5 which looks at ensuring women’s full and effective participation and equal opportunities for leadership at all levels of decision-making in political, economic, and public life.”

At Ecobank, they place a high premium on women and on gender equality, she said, adding that as the largest Pan-African bank, they are conscious of the fact that they operate in a continent where women are more active economic agents than most places in the world.

She said that of their nearly more than 20,000 employees, 43 per cent are female, adding that with continued focus they are confident they would be where they need to be for planet 50-50 well before 2030.

“We at Ecobank are answering the UN clarion call and are, indeed, stepping it up for gender equality,” she said.

“In all the 36 countries where we are present, we have developed a new, group-wide programme aimed at further supporting gender equality, both within the group and in the local communities that we serve.”

“We encourage others in the African banking and financial community to partner with us in furthering the career of women.

“Planet 50-50 cannot be just another slogan. It must be a tangible objective that we are all diligently working at to bring into function.”

She added: “I am proud to be the CEO of an organisation that understands the value of women, and I take this opportunity to salute all the women of Ecobank.

“Your sterling commitment to our organisation has been and will continue to be available. I salute all the women of The Gambia whose contribution to this great nation of ours is abundantly visible.”