President Putin of Russia says his government is ready to help in fighting Ebola.

Boston Hospital in US is monitoring patient for Ebola case.

A Sudanese national who was working for UN and was on a mission in Liberia contracted the virus and died in Germany on Tuesday.

The death toll from the Ebola virus outbreak has risen to 4,447, with the large majority of victims in West Africa, the World Health Organization (WHO) announced.

WHO assistant director-general Bruce Aylward also said there could be up to 10,000 new cases a week within two months if efforts were not stepped up.

But the rate of new infections in some areas has slowed down, he added.

Sierra Leone, Liberia and Guinea have been hardest hit by the outbreak.

There have been 8,914 cases overall, including the fatal cases, and the WHO expects this number to top 9,000 by the end of the week.

The WHO estimates its figures by taking the numbers of confirmed cases and multiplying them - from Guinea by 1.5, from Sierra Leone by 2 and from Liberia by 2.5 - to account for under-reporting. BBC 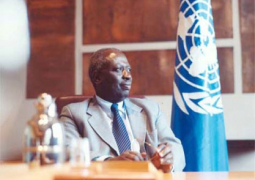