A surgeon from Sierra Leone who was being treated for Ebola in the US has died, a Nebraska hospital announced.

Martin Salia, who has US residency and is married to an American, arrived for treatment in the State on Saturday, in a critical condition. And on Monday morning the hospital said the 44-year-old had died. Dr Salia is the second person to die in the US. Liberian national Thomas Eric Duncan died in Dallas last month after contracting the virus in Monrovia.

The overall death toll from Ebola has reached more than 5,000 with the greatest number of fatalities occurring in Liberia and Sierra Leone.

“With more than 14,000 people infected already and the virus spreading rapidly, there is virtually an endless demand for safety equipment,” said AmeriCares Vice President of Emergency Response Garrett Ingoglia, reporting from Liberia. “If we don’t support the frontline health workers, there is no hope for controlling the epidemic.

The national state of emergency in Liberia ended last week and on Sunday, President Ellen Johnson Sirleaf said she hoped the country would be free of the virus by Christmas.

Senegal has lifted its ban on the Ebola-hit countries.

Mali has been added to the list of countries whose travellers will be screened upon arrival in U.S. airports over concerns that they may carry Ebola. Starting Monday, airline passengers coming from Mali, which borders Guinea to the west, will have their temperatures taken at the airport and be required to monitor themselves for symptoms for 21 days, Time reported. 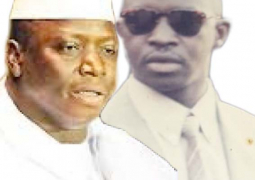