It is with shock that we received the demise of yet another illustrious son of The Gambia, Dr. Lenrie Peters.

Dr. Peters has died in Dakar following a short illness. A philanthropist by nature, Dr. Peters is also a prolific writer who has written many books that are today used in many of our schools. Like most of his counterparts of the precolonial era, Dr. Peters not only fell in love with verse, but felt it was an excellent way of expressing the voices and aspirations of the disadvantaged people, hence his desire to share wealth with the needy in society. Dr. Peters' use of language and his skills in infusing pregnant meaning in his poetry placed him at a very early stage as master equalled to prominent writers of his time.

Born in Bathurst, Dr. Peters is a descendent of a long line of West Indian immigrants. Coming from a respected family within Bathurst, the late Dr. Peters' father became the editor of the Gambia Echo in the late fifties and early sixties, and Dr. Peters would help him in the editing of the paper. Author of five books, Dr. Peters first book, was published in 1964, 1965,1967,1971 and then 1981.

Another character of Dr. Peters is that he is at many times extending a goodwill gesture to the poor and the needy without the public noticing it. Perhaps this goes to show how honourable and down to earth gentleman the late Dr. Peters was.

Whilst we extend our sympathy to the Peters family, we pray that the Almighty God grant his departed soul eternal peace.

"Death does not take the wise man by surprise, he is always prepared to leave". 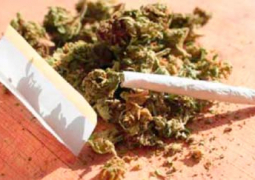