The Brikama Magistrates' Court presided over by Magistrate Pa Harry Jammeh recently granted court bail to one Lamin Camara in the sum of D5000 with a Gambian surety.

Mr Camara is in court for traffic offences. It was alleged that the accused Lamin Camara on 16th August 2008 at Farato village drove a motor vehicle BJL9961D when the rear brake was not functioning. It was further alleged that on the same day, place and time the accused drove a motor vehicle BJL 9961D without due care and attention thereby causing an accident. He denied the charges.

Meanwhile the case, which was scheduled for hearing, could not proceed, as the prosecution witness was not in court. As a result, the case was adjourned until 15th September 2008. 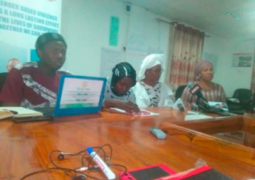