Dragon FC are through to the semi-finals of the 2009-10 Old Jeshwang Nawettan championship, following their 5-4 victory over Koko FC in a post match penalty shoot out, after 0-0 draw at the Old Jeshwang Lower Basic School Playing Grounds on Monday 14th September 2009.

Both teams opened the game with high spirit, but later Dragon FC started dominating the ball possession and created some clear assaults in front of Koko FC's goal mouth that were unable to cope with the pressures. They started coming up into the game with some dangerous assaults, but all their chances were denied by Dragon FC's goalkeeper, Ebou Sanyang, and thus the first ended 0-0.

In the second period, Dragon FC were more compact and created lots of scoring opportunities in front of Koko FC's goal mouth, but their chances were denied by Koko FC's goalkeeper, Bakary Sonko.

Later in the game, both teams managed to control the possessions but Dragon FC Lamin Drammeh missed a clear golden opportunity in the 82nd minute of play, thus the game went to a penalty shoot out which ended 5-4 in favour of Dragon FC.

On the need to raise the Bar and maintain high standards 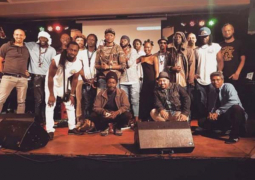 It's time for action