The two prominent women’s rights activists were alleged to have, sometime in 2009 in and diverse places in The Gambia, jointly stolen 30,000 Euros being money provided by the YALOCAMBA SOLIDARIDAD of to Gamcotrap.

Continuing her testimony under cross-examination, Dr Isatou Touray told the court that she absolutely disagreed with the prosecution that there was an agreement between her organisation and Yalocamba Solidaridad based in regarding a micro-finance scheme.

According to Dr Touray, Gamcotrap has made it crystal clear that they were not a micro-credit institution, since the inception of the project, and that there was no grant regarding micro-finance from Yalocamba Solidaridad based in .

“The only grant we received was for the elimination of Female Genital Mutilation (FGM) in The Gambia, which we have completed and sent them the report of the project,” Dr Touray told the court.

Asked by the prosecutor weather she knew one Omar Dibba, Dr Touray in reply said Omar is her organisation’s youth coordinator, noting that exhibit E3 is a correspondence between Omar Dibba and Yalocamba Solidaridad on behalf of Gamcotrap.

“We had made our position clear that we at Gamcotrap are not a micro-credit organization; we are dealing with FGM and not micro credit,” she added.

Further asked whether it was correct that Gamcotrap was operating without the knowledge of Yalocamba Solidaridad that they are not a micro-credit organisation, Dr Touray denied it, saying that it was not true, and not correct.

Also asked whether the D5000 allocated for 36 female circumcisers was part of a micro-finance credit, she told the court that the money allocated was for circumcisers in exchange for dropping their knives.

She told the court that the money was not given on credit basis, but instead it was given free of charge.

The case continues on 5th December 2011. 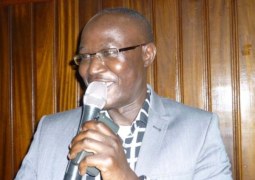