Elizabeth Innes, a doctor at the RVTH in Banjul, recently testified in an alleged rape case involving one Abdourahman Baldeh, at the Special Criminal Court.

Innes told the court she worked at the RVTH for almost four years, saying that on 2 November 2011, she issued a medical report to the victim in this case.

According to her, the test indicated that the victim was free from HIV and Aids, adding that she could not confirm the rape.

Under cross-examination, the witness told the court that the bruise on the victim’s private part could also be caused by scratching and itching, and it was also swollen.

“I cannot specifically say the victim was sexually abused,” she explained. 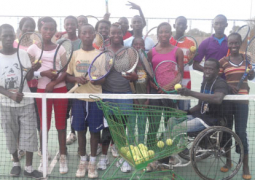