West African governments and authorities, as well as experts, on Sunday had a regional meeting in Cote d’Ivoire, where they agreed to harmonise their efforts in the fight against illegal migration by youths, through a framework that would help to achieve the objective.

Ecowas authorities have been very good in putting up plans with regard to illegal migration, but have been very sluggish in ensuring these plans come to pass.

The renewed vigour of joint efforts to combat this menace has to be complemented with serious talks about the real causes and solutions to the problem of illegal migration.

Over the years, tens of thousands of our youths in Africa have been risking their dear lives to enter Europe via the back-way. While some are eventually entering Europe to reside in countries like Spain, Italy, Greece, Germany and other places, under harrowing and dehumanizing conditions, lots of them are dying en route to Europe in the desert of North Africa and the Mediterranean Sea.

Countless number of strategies, sensitization campaigns, international and national projects and huge amounts of financial resources have been put in place or are being rolled out to curb the illegal migration of our youths to European countries.

It seems all these resources being invested in the fight to curtail the illegal or back-way travel to Europe is like throwing water on sand, with no fruitful results, as the youth have continued in desperate fervor to penetrate Europe through the back-way.

Much of the problems and miserable situations we are faced with today in Africa are perpetuated by abject poverty in African countries and bad governance, such as misplaced and wrong economic policies, corruption and embezzlement of state resources, human rights violations, power struggles and conflicts.

West African governments and authorities should be wise enough, at this point in time, to know that no meaningful and lasting development will be registered without industrialisation, infrastructural development and technology growth.

Turning our raw materials and produce into finished products, through industrialisation  will create job opportunities for our youths, generate the necessary international trading currencies through profitable exports that will stabilise our currencies, such as the Dalasi, and keep our economies buoyant.

Our authorities would have to really look into the deeper causes of illegal migration to bring solutions to this menace, and change the tide of our youths seeking greener pasture at all cost – dead or alive. 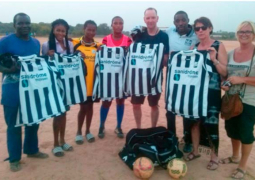 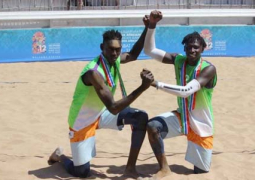 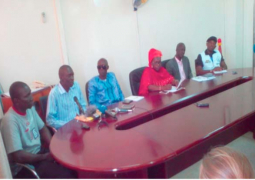