Defence Counsel Lamin Camara last Friday told the court that he would make a formal application to the court to order the GRTS to produce the tape and the reporter who covered the presentation of D500, 000 at the Department of State for Basic and Secondary Education.

According to Lawyer Camara, he would make the application on the next adjourned date as part of their defence in the ongoing trial of Oley Sey and Abdou Rahman Bah at Banjul Magistrates' Court before Magistrate Lamin George.

During cross-examination by the 2ndaccused Abdou Rahman Bah, Oley Sey admitted knowing Mr Bah through Hon Fabakary Tombong Jatta. She said she did not request to attend the presentation of the D500, 000 donated to Sulayman Junkung Jammeh Memorial Nursery School in Abuko. She denied ever telling Mr Bah that she had an appointment with the chief of protocol to enable her to facilitate the 1000 bags of cement and the computers for the completion of the nursery school. She agreed that after the presentation Mr Bah begged a ride in her car to see the chief of protocol. She also denied telling Mr Bah at her house to hold the money until Hon Fabakary Tombong Jatta returned from his overseas trip, because she could not dictate to Mr Bah who was the co-ordinator of the nursery school. She denied being confronted by the KMC Mayor and the community of Abuko about the D500, 000.

Further testifying under cross-examination by her co-accused Mr Bah, Oley Sey told the court that the only meeting she was called to about the money was at the Basic and Secondary Education office, where she requested to talk to Mr Bah about the remaining D300, 000 as she was with the D200, 000. She vehemently denied convincing Mr Bah at her house of being part of the marketing committee of the APRC during the Roots Homecoming Festival and the Miss Black USA. She equally denied drafting two letters at her office requesting for donation.

The case was adjourned until 16thOctober 2008. 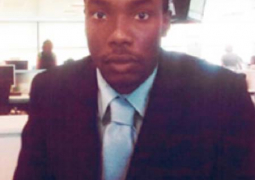