Abdoulie Sonko, one of the alleged Farafenni military camp attackers, yesterday continued his defence at the high court in before Justice Emmanuel Amadi.

Sonko, who was charged with three counts of treason and six counts of murder, was alleged to have murdered one corporal Saikou Sidebeh, Corporal Essa Keita, Private Essa Manneh, Staff Sergeant Lamin Badjie, Private Bakary Saidy and Private Ebrima Bojang on 8 November 1996, with Ballo Kanteh and others.

Continuing his testimony, the accused person, Abdoulie Sonko, told the court: "I was arrested in July 2003, by the NIA officers at my home village in Nuimi Berrending, North Bank Region, and taken to the NIA headquarters in ."

He added that at the NIA, he was taken to the director of operations, who later asked him the reason for his arrest, and he told him that his reason of arrest was not known to him, at the time.

"The director of operations then told me that I was arrested in connection with the Farafenni army camp attack," Sonko told the court.

He said the NIA director of operations told him in the Mandinka language that their ears are not at the other bank of the river, but whatever was said there echoes on the other side of the river bank."

"I asked the director of operations what that means, and he asked me if I am not a Mandinka, and that he need not to explain it further," he further told the court.

"As I was about to leave, he held my shirt and other NIA officers also came and held on to my shirt, and the shirt eventually was torn. I was slapped by one of the officers, and blood started oozing from my nose," he added.

He said he was later taken to the then Director General's office, Abdoulie Kujabi, who also asked him what has happened in Farafenni, adding that he told Kujabi that he would not say anything until he had a counsel.

The defence witness further stated that Kujabi then called the military officers, who took him away to Mile 2 prisons.

When asked by his counsel whether he still have the shirt that was tornin his possession, Sonko told the court that the shirt was a white shirt, but because of the blood stains the shirt has now transformed into brown.

The witness at that juncture pulled out the shirt and showed it to the court, which the defence applied to tender and the shirt was tendered and admitted as defence exhibit C.

Sonko further adduced that the same military officers came for him at Mile 2, and took him to the NIA headquarters before a panel, where some of the police officers from the criminal unit asked him to give a statement, and that he refused.

He added that he was told by one officer that, whether he gave statement or not, they have enough evidence to prosecute him.

The case was at that juncture adjourned to 2nd March 2011. 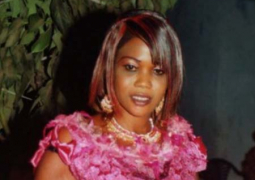