Badjie, who is facing trial on a 51-count indictment alongside Major Kuluteh Manneh and Lt. Colonel Mam Matarr Secka, had alleged that he was seriously tortured at the NIA when his cautionary statement was being obtained from him.

This allegation prompted the court to order for a voire dire trial to ascertain the truth in Ensa Badjie's allegation.

Addressing the court, defence counsel Borry Touray submitted that the prosecution had failed to discharge the burden imposed on them by law in the mini trial.

He told the court that in order for the prosecution to prove their case in this mini trial, there must be consistency in the testimonies of the first and second prosecution witnesses, PW1 and PW2, and that there should be no shadow of doubt.

Counsel argued in his submission that the accused was under the custody of the state security agent at the time his statement was recorded.

Submitting that this fact was elicited from the testimony of PW1 in the voire dire, Touray further argued that there was inconsistency in the version of Babucarr Khan and Balo Jobe.

Counsel then submitted that the accused person’s version has not been challenged or controverted.

Counsel reminded the court that it was the evidence of the accused person that he was taken from the prison to the NIA office in the absence of an independent witness, further stating that the prosecution did not ask any questions in connection with the said cautionary statement.

The defence counsel said PW2 was not a witness of truth, and urged the court to disregard his evidence because, according to him, the witness under cross-examination told the court that his carpentry workshop is located at New Jeshwang, but could not explain the exact location of the workshop and could not also give the name of his landlord.

Still submitting his address, counsel Touray argued that Khan stated in court that he sat face to face with the accused at the NIA on 7th March 2010.

He added that the issue was fundamental, because if he was a witness of truth, he could have said that he met the 1st accused on 7th March 2010, adding that the signature of the independent witness goes to the root of the voluntariness in the mini trial.

This, counsel Touray added, could be deemed to be lying, when Khan said he was there at the time the statement was obtained from Ensa Badjie.

"The inconsistent nature of this answer shows that Khan was not a witness of truth," he said, submitting that the said Babucarr Khan has a motive, and the motive was to cover the truth of the matter.

Counsel also submitted that the prosecution witness came to court to lie against the accused person, and urged the court to disregard his evidence.

He said the defence testimonies corroborated.

B.S. Touray further submitted that there was a presumption of irregularities in the public matter, and urged the court to carefully look at exhibit 1 the cautionary statement.

He said the signature in exhibit 1 was a different ink from the one used in writing the statement, noting that the inference drawn from that was that the statement was not signed on the same day. This inference, he went on, was supported by the accused person's testimony.

He further submitted that the burden imposed on the prosecution has not been proven, while urging the court to give more weight to the accused person’s version because his testimony has corroborated the witness evidence.

He added that no explanation has been given to the court why Ensa Badjie was interrogated in the night, and the inference drawn by a reasonable man was that he was taken to be tortured.

The case at that juncture was adjourned till 13th June 2011 for the prosecution to reply. 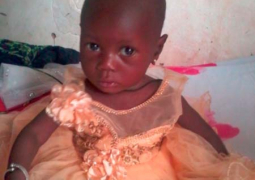