Campaigning ahead of presidential elections in neighbouring is slated to start from the 6th of February to the 24th of February to be followed by the election on 26th February, Cheikh Tijan Gueye, Senegalese minister for elections has announced.

This comes after a coalition of Senegalese opposition parties failed early this month to agree on a single candidate to challenge President Abdoulaye Wade in next year’s presidential election, increasing Wade’s chances of staying in power.

The election, seen as tense affair will see incumbent President Abdoulie Wade, 85, who the opposition accused of seeking to hand over power to his son, Karim, face more than 20 candidates, key among them Idrissa Seck, and Macky Sall, both former prime ministers under Wade.

The Senegalese constitutional court, which is expected to start receiving applications from intending candidates next week, will rule on the eligibility of the candidates including Wade on 27th January 2012.

There are 173 registered political parties in , and any candidate who intends to contest for the presidency must deposit an amount of CFA65 million, equivalent to D3, 245, 000. Candidates must also poll more than 5 percent or lose their deposit.

If there is no candidate with more than 50 percent of the votes in the first round, there will be a second round which is slated for 18th March 2012.

Ahead of the polls, Wade who came to power in 2000 will this Friday hold his PDS party convention in which the party will select its candidate. The convention, according to reports, will be followed by a political rally later in the afternoon.

President Wade, whose candidacy is disputed by the opposition and currently the topic of discussion in , is reported to have dished out millions of CFAs and plot of land to hundreds of founding members of his party, launched in 1974.

Political analysts say the failure by the coalition, which has been trying to find a candidate for the past two years, increases the chances of Wade or another candidate from his liberal side of the political spectrum winning the election.

Wade’s main challenger Idriss Seck, former prime minister and former number two of his PDS party, is also reported to have budgeted CFA 7 billion equivalent to D420, 000, 000 for his campaign.

Seck, leader of the Rewmi party, and mayor of Thies, came second in the 2007 presidential election.

Sall, supported by 32 political parties last week convened his party convention, in which he reportedly spent a total of CFA 217 million equivalent to D13, 000, 000.

Senegalese superstar and world-renowned musician Youssou Ndour is expected to announce on 2nd January whether he will seek the presidency or back any of the opposition candidates. 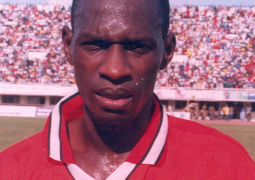 Jatto Moves Back to Cyprus