A D50m capacity building programme for the judiciary was launched on yesterday at the Corinthia Atlantic Hotel in .

The project, to be funded by the Department for International Development (DFID), , is to last for the next three years.

In his remarks at the occasion the British Deputy High Commissioner, Mr Graham Simmons, said the Legal Capacity Building Programme (LCBP) phase II is a programme supported by the UK Department for the International Development (DFID) founding of 1.675m pounds sterling. He said that the goal of LCBP II is to improve the impartiality, efficiency and accessibility of Gambian judicial system, with emphasis both on the use made of the system by the poor majority and on the need to strengthen the capacity of the professional and administrative staff in the Judiciary, Department of State for Justice and the Gambia Bar Association.

Mr Graham revealed that phase II will continue to provide similar range of institutional strengthening support as phase I included intensive capacity development through a combination of improvements in court management and programmes of staff development, mostly carried out on an in-service basis in The Gambia but also with limited opportunities for comparative study in Africa and regionally. In addition, he stated, phase II will continue co-financing with the commonwealth secretariat a judicial recruitment programme for High Court, Appeal Court and Supreme Court judges.

In his launching statement, the Gambian Chief Justice, Abdou Kareem Savage, said that this significant assistance from DFID is coming after the successful implementation of the first phase between 2004 and 2007. He said phase I had seen the accomplishment of many programmes in the area of institutional development and human capacity building. The second phase, he added, is a consolidation of the first phase and has come at the right moment, noting that the Judiciary is indeed going through defining moments when a lot is being done to position the judiciary to meet its development and growth challenges. He observed that the judiciary's main challenge is its mission in society: "to advance the course of justice and the rule of law by ensuring free, fair and speedy dispensation of justice by an independent judiciary and efficient justice system with highly trained and committed staff that command the support and confidence of the people." 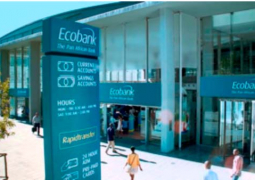 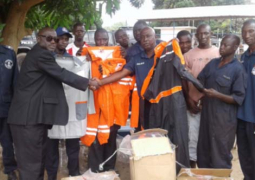