The bail condition was D500,000 with two Gambian sureties who shall enter into recognizance in the sum of D250, 000 each with the registrar of the High Court in Banjul.

The sureties must swear to an affidavit of means and deposit the original title deed of their leasehold property valued at D250,000 to the registrar.

The condition further stipulated that the accused person should surrender all his international travel documents to the registrar.

It added that the accused person shall be reporting every Monday, Wednesday and Friday to Banjul Police Station during the period of the trial.

It was further stated in the bail condition that the accused person or any person acting on his behalf was prohibited from having any contact whatsoever with any witness or potential witnesses for the prosecution in the case.

The accused or any person acting on his behalf was prohibited from interfering in any way whatsoever with the ongoing investigations into the case.

It was further stipulated that the accused person shall not leave the jurisdiction without the written approval of the presiding magistrate.

If the accused person breached any of the above conditions, particularly conditions 4,5,6 and 7, this shall warrant the court to revoke this bail with immediate effect.

Jallow told the court that he did not know whether Sarjo Jallow had paid the bail bond after the person he had stood as a surety for absconded.

He said the D5,000 was given to Mbye Njie instead of Saikou-Ba Jammeh.

Counsel asked him whether he was telling the court that PW1 and PW2 did not tell the court the truth, but Jallow said they had given the money to the accused person instead of Saikou-Ba Jammeh.

He added that in the presence of Sarjo Jallow’s family, the D15,000 was also given to the accused person through Sheriff Sanyang and PW2, Bakary Jammeh, whom they gave the said D15,000.

The case was then adjourned till 12 September 2012, for further hearing. 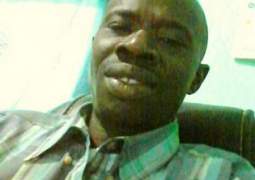 The tie is not yet over - Bonu