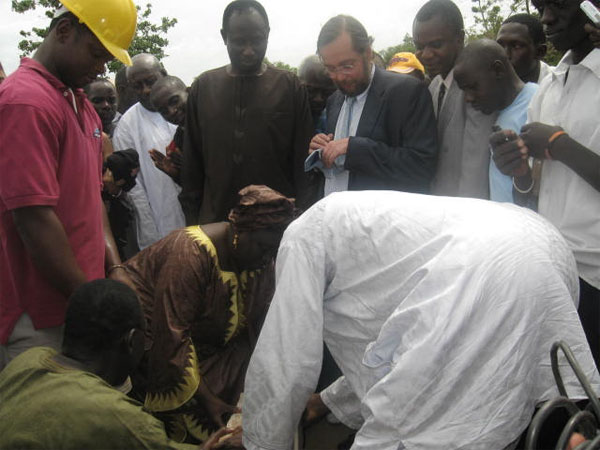 The Spanish Ambassador to with accreditation to The Gambia, His Excellency Fernando Moran Calvo-Sotelo, yesterday presided over the laying of the foundation stone for the construction of two new workshops at The Gambia Technical Training Institute (GTTI) main campus in Kanifing.

GTTI is one of the several other training institutions to benefit from a National Fund supported by the Spanish government aimed at stemming the risky journeys undertaken by Gambian youths to Europe in particular Spain.

Speaking at the occasion, Ambassador Fernando Moran Calvo-Sotelo reassured those gathered of his country's support to The Gambia. He described the relationship between the two countries as cordial.

For his part, Hon. Crispin Grey-Johnson, Secretary of State for Higher Education, Research, Science and Technology described the relationship between and The Gambia as having always been strong. He said that is coming with a new blueprint for development co-operation between developed and the developing countries. "It's a blueprint that is based on the expressed needs of the beneficiary, not those of the donor. This is a welcome departure from the traditional practice of development co-operation." He recommended the approach for adoption by both the bilateral and multi-lateral donor communities.

The workshops, he said, are part of the grant to The Gambia for the improvement of structures and quality delivery systems of our skills training institutions. "Ultimately, the Spanish grant will significantly enhance our capacity for skills development and the empowerment of our youths, and will certainly also contribute towards meeting our MDGs as well as our Silicon Valley and objectives," he stated.

He said that expectations are high and urged all those involved to avoid unnecessary delays and not to lose momentum.

Mr. Ousman Nyang, Director General National Training Authority whose office co-ordinates the Spanish-Gambia project, thanked all those who contributed to the success of the partnership.

Mrs. Fatou Mbye said the two workshops, one for electrical and electronic the other for Masonry/ plumbing and Gas fitting, will go a long way in addressing the challenges of inadequate infrastructure that the institute is faced with.

The project is been contacted to Transga Group a Spanish construction company with 30 years of experience in implementing all kinds of infrastructure projects both in Spain and abroad. 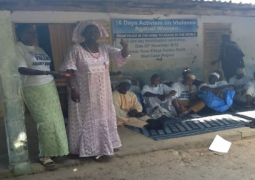 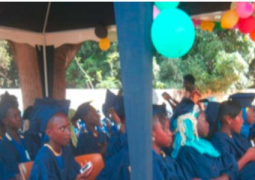