The Special Criminal Court in is today expected to deliver judgment in the murder trial involving two former officers of the National Drug Enforcement Agency (NDEA).

Ebou Lowe and Eku PL Grant, both officers of the NDEA, were charged with murder after they allegedly beat one Cherno Alieu Suwareh, leading to his death, for being suspected of possession of cannabis sativa. 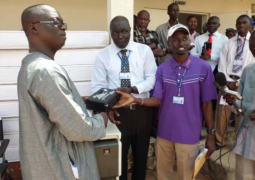