The city boys dominated blue boys in the opening first fifth minute of the match and crafted some goal scoring opportunities but failed to utilize on them.

Wallidan carried vital three points after scoring one goal in the second half of the match to lift their victory in the country’s premier league season.

Protect Yourself Against 'Flu! 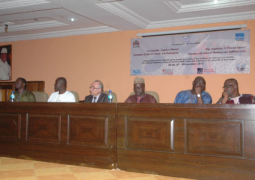