The Kanifing Magistrates’ Court recently heard testimony in the case of obtaining money by false pretence involving one Muhammed Krubally.

In his testimony, the first prosecution witness (PW1), Momodou Pateh Sowe, told the court he recognised the accused and on 20 December 2011, the accused met him at Bakau garage and said to him that his sister needed a gatekeeper at his residence.

He told the court that before they went to the accused’s sister, the accused asked him to give him his mobile phone number in order to call his sister, which he did.

He adduced that the accused never came back and after a while the accused was apprehended by a crowd of people, stating that he went to the scene and recognized the accused.

He told the court that he went and reported the matter to the Serrekunda Police Station where his statement was obtained.

Hearing was adjourned till 14 February 2012. 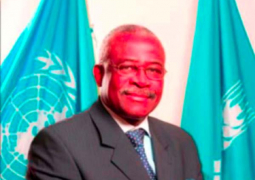